Getting the BasIncs right – with Flux Currencies

For the concept mentioned here, see:

The world of Netec is a voluntaryist world. People sign up to nets and work for them. Also, they get services from certain nets, often for free. A basic income, or basinc for short is one such service. There are multiple different kinds of nets in the Netec world. It would seem most natural that people get their basincs from local govnets, because they are the closest match to the governments we have today. It might also be conceivable that peacenets pay out basincs for their subscribers.

It is not sure how the core of unconditionality can hold in a post-governmental world in which states have lost their power. When people get basincs from nets, it would seem that subscribing to that net would be a basic condition for getting a basinc. However, it could be conceivable that wealthy and powerful nets like Earthnet, or very generous nets hand out basincs to everyone, irrespective of location or subscription status.

But let’s first let’s see how basincs actually work in the Netec world. It needs to be noted that the monetary system in Netec is based on currencies that I call flux currencies. They have the following properties (by definition)

There are two basic types of flux currencies (four if you add the additions at the end of this post), depending on the mechanism of money generation:

Now why would nets issue B-flux currencies instead of R-flux currencies? Well, they might see the necessity to provide for social security or for economic stimulus through more equitable distribution of money. A B-flux currency could also be seen as net-internal general insurance.

But this setup comes with a few problems: Nets issuing B-flux currencies make subscriptions to them quite attractive. People could be eager to join dozens of nets, as a result getting dozens of basincs. If subscription to a net is the only requirement to get a basinc, then people would most naturally auto-subscribe to all such nets who issue B-flux currencies. There are a few possible solutions to this issue:

Due to the voluntaryist nature of the Netec world, it is plausible to assume that all these approaches would be adapted in parallel. Different nets would take different measures to avoid the problem of nets issusing basincs to people that they don’t want to grant basincs to. 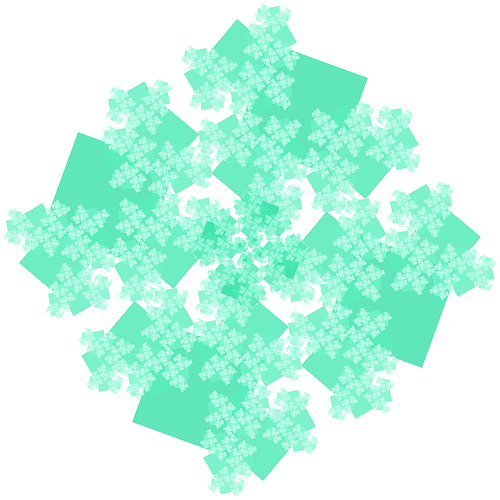 So, it would seem that people would get a whole bundle of different basincs:

Condincs might be issued for example for people (and nets) who share all their data freely and openly. Or for people or nets who satisfy certain ethical standards.

The social behaviour of people is guided more by reputation and different incomes (positive reinforcement) rather than (the threat of) violence (negative reinforcement). In the wealthy and technologically advanced world of Netec this works rather well. For the cases in which that doesn’t work, there are still the peacenets with their inhibitors who prevent people from committing acts of violence against others.

Do you see any problems with this kind of system?