Principles of the Network Economy

**Digital abundance** means that all digital goods are absolutely free. Digital goods are everything that exists in digitized form, and is not a sentient being at the same time (such as uploaded minds of humans). This enables everyone to have access to all the collected knowledge of the world and use the best digital tools that exist. This increases productivity and creativity a lot.

What are voluntary taxes? They are taxes which people don't have to pay, but pay because the advantages of paying them outweigh the disadvantages! Such voluntary taxes could be used to fund basic incomes (see 3.), public services, charities, or crowd funding projects.

How do they work, though? The same, or similar reputation systems that enable reputation incomes also allow reputation-based feedback mechanisms on economic activity. For example, people can be rewarded for making their incomes transparent by getting reputation points for doing so. They also can be rewarded for giving money away to publicly esteemed institutions. Over time, this positive feedback mechanism, together with the insight that monetary inequality is a societally and psychologically bad thing, will create the expectation that wealthy people give away a certain ratio of their income, or their property. Thus, voluntary taxes are actually socially encouraged and expected reputation-driven donations. Eventually, this system will work so effectively that involuntary taxes can be phased out completely! Libertarians can finally rejoice!

With an [abundance of different basic incomes](http://forum.fractalfuture.net/t/getting-the-basincs-right-with-flux-currencies/613), people will be materially safe, at least on a basic level. Absolute poverty is a thing of the past. Economic inequality still persists, but is kept in check by voluntary taxes and rational insight.

But what is it actually good for? The economic freedom that people enjoy actually creates a free labour market! Because there is no economic necessity to work, entering a job is a fully voluntary act. People just won’t accept any bad jobs, unless they are paid really well. On the other hand, people can decide to work for free, if the work is really meaningful, fun, or fulfilling for them. This acts as subvention of those kinds of companies who work most for the public good, or who succeed in gamifying work.

In facts, wages are unnecessary, because people get basincs, and also get repincs for delivering high quality work and products. So, why would people still get paid for work anyway? Because some kinds of work are really hard and important, but publicly undervalued. Those would probably be obscure specialist jobs that don’t gain a lot of public attention, but are nevertheless necessary to deliver more refined goods and services down the line. Those specialists probably can’t rely on repincs to generate an above standard level of prosperity for them, so they resort to freely entering contracts which will grant them money in exchange for work. Of course, that’s ok, because the labour market is free.

Most economists work with the assumption that everyone has complete information about the whole market. This assumption can come very close to the truth when AI assistants accumulate, process, and curate information for everyone. You would always know which providers sells a product for the cheapest price. That would be neat, because it would optimize the performance of the markets and make them freer. Better markets mean cheaper goods, mean higher level of general abundance.

Advanced nanofabrication and 3d printing will reduce the costs of material goods on a massive scale. Combine that with the zero cost of digital goods, including the blueprints of those goods, and you have the recipe for astonishing material abundance! The prices of goods won't be very much higher than the prices of the raw materials they are made of (plus the energy cost of the fabrication process).

Raw materials can be gained abundantly from very effective recycling processes, and asteroid mining. Energy is mainly supplied though nuclear fusion, either from the sun, or from fusion reactors. This makes energy much cheaper in the netern era than they were in the modern era. Overall, prices of material goods will drop by orders of magnitudes!

Repetitive tasks can easily be automated. Robots take over strenuous manual labour. Simple AI do research and knowledge aggregation tasks. Artificial General Intelligences (AGI) do various creative and intellectually sophisticated tasks that they are optimized for.

So, what’s left for humans to do? Whatever they want to do! They are free to do what they please with their abundant spare time and material and digital abundance! If they want, they can upgrade themselves and try to compete or collaborate with the AGIs in the pursuit of the most challenging and meaningful tasks. If not, they can do something else, like creating and enjoying art, discussing with other people, playing games, collecting interesting experiences, or improving their skills, knowledge, and character.

What has started as the sharing economy at the beginning of the 21st century will reach great heights later on. Enjoying your wealth alone is relatively boring, compared to sharing it with others. And sharing can be super easy, if web based AI coordinates the interests of people wanting to participate in acts of sharing their material possessions. Digital goods are shared maximally anyway, due to digital abundance.

Imagine the possibilities: The Uber of space travel and the Airbnb of the solar system! Be able to travel to different habitats dispersed in the whole solar system on a low budget while sharing the experience with like-minded adventurous people!

Also: Affordable party palaces for everyone

All of these components together dramatically change the economic system and make it awesome. But people have to rethink their economic activity thoroughly so that the system works and they profit from it in the best way. The following are the **Netec principles**. They are enforced by the massive negative reputation – and the associated (temporary) relative poverty – you receive by defying them:

So, is there anything wrong with this? Do you think this is awesome? 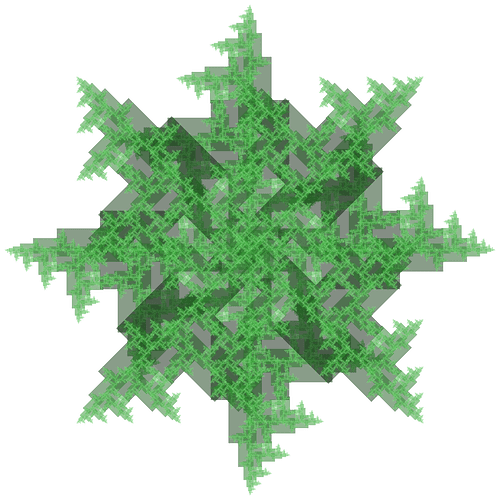