The multi-dimensionality of reputation

Given that there are several projects that aim at implementing reputation systems, for example Backfeed, what makes Quantified Prestige special? I used to think that it was the connection with Flux currencies, primarily GeoFlux, which I devised quickly after having come up with the core system of Quantified Prestige. Reputation incomes would unleash digital abundance to the world. That was until I realized that sustainable crowdsourcing platforms like Flattr and Patreon could actually do the same without resorting to “reputation”. 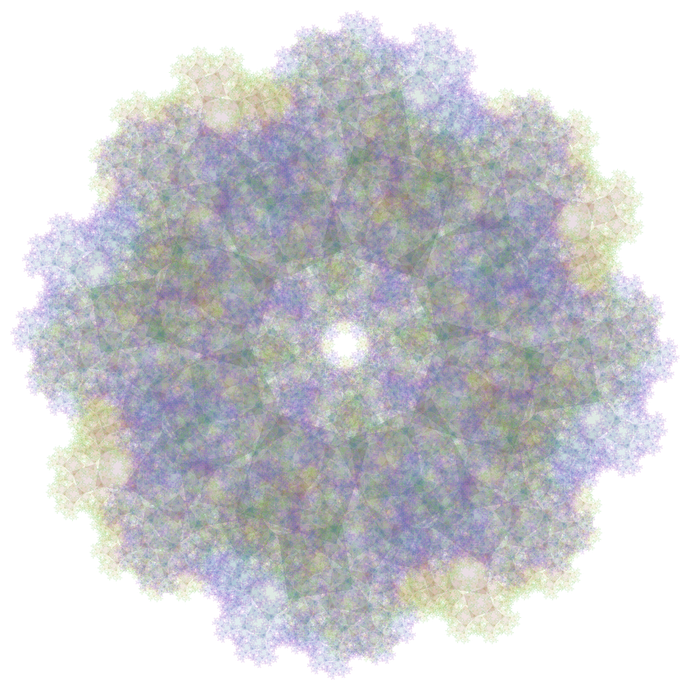 It is easy to underestimate the complexity that hides behind a system that is based on the simple idea of peer-to-peer (esteem) point allocation. Most people think that there is only one single Prestige rating for people in a system like Quantified Prestige. Well, in the simple case of only having one QP network, there is only one Prestige rating for each user. Things get much more interesting, once there are multiple QP networks with different meanings. The meaning of a Prestige rating is not fixed. It depends on the context of the respective QP network. A Prestige score in a QP network for lawyers means something else as a Prestige score in a QP network for YouTubers. They indicate different kinds of skills. What is “measured” by those Prestige scores are different kinds of “goodness”.

So far, QP can implement multi-dimensionality of reputation by making multiple different QP networks. The problem with that approach is that people need to join each such network separately and thus reputation information is not likely to reach a high level of granularity, because joining just another network just to add one more dimension of information is simply too bothersome. This issue could be resolved by adding more dimensions of reputation to a single QP network: Besides the general esteem points, there could be points for different attributes and skills such as:

It’s not like people would be rated on a scale from 1-5 on those attributes. Instead, they get appreciated for displaying those attributes by getting the respective (scarce) points. Just as you can only distribute 12000 esteem points to others in total, you would only be able to distribute 12000 commitment points to other persons, so the points that you do grant a person actually mean a lot – at the very least it means that you made the effort of coming up with a plausible number for the degree that you appreciate a certain quality of a different person. That’s not a trivial task. It requires at least some degree of deliberation.

The costs and benefits of reputation data

This deliberation makes such reputation data valuable and relatively scarce. Judging people on multiple dimensions takes at least some motivation. That’s why it would be a good idea to limit the number of reputation dimensions within a specific QP network to a rather small number, usually smaller than 10. For example, a version of the big five personality traits could be adopted:

Or one could focus on very general types of skills:

People usually like being praised for their strengths. It makes them build on their strengths even more. Also, it creates a better psychological climate in the respective network. That’s something that donations in money can’t really do. Money is one-dimensional. Reputation really excels when it’s multi-dimensional.

The reputation data that is created by the peers in a QP network can be used to quickly identify those with a particular combination of skills within that network. That should make it easier to distribute tasks and roles for the members of that network, especially when that network is large. Could that enable new forms of self-organization?

Who decides what the dimensions are

It would certainly depend on the network how it creates an agreement on what reputation dimensions to use. If anyone could add reputation dimensions arbitrarily, there would soon be a wild and inconsistent mixture of dimensions. A simple solution would be to let the main administrator of the network decide what dimensions there should be. More democratic modes of decision making in that regard might also be implemented, but would be a bit more difficult to arrive at.

Within a multi-dimensional QP network there would be a distinction between general and specific esteem points. The general esteem points would represent the general estimation of a person by another one. It’s still the general esteem points that give rise to general Prestige. General Prestige would still be very suitable to generate a reputation income in a coupled currency. In contrast, specific esteem points, for example for sanity, would act as additional reputation information, and collectively give rise to specific Prestige. A sanity Prestige arises from the sanity esteem points a person receives from others within a QP network. Yet, those specific Prestige scores are not very suitable for being connected with money, since money lacks the multi-dimensionality that different reputation scores express.

With the addition of additional specific reputation dimensions, QP could become a much more valuable system that would far surpass the usefulness of simpler reputation systems. QP might become the definite candidate for the basis of a future reputation economy.