What is really going on?

These are historical times. To get a glimpse of what is really going on in the world you have to connect some dots.
The focal point of all historic developments and transformations of the world is always the economy. You need to understand the main problem of our money system and this little movie sums it up quite well:

Every 70 years our economy “needs” a reset. In the past we had wars or a global economy crisis for this purpose. But a pandemic will work as well…

What is going on with the central bank today? Watch this: 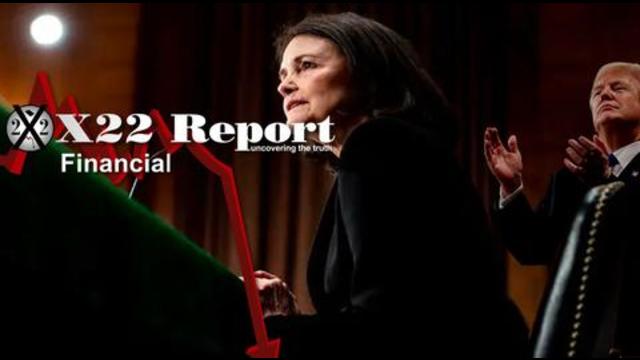 Protect Your Retirement W/ A Gold. IRA https://noblegoldinvestments.com/gold-silver-ira-google/?offer_type=gold&affiliate_source=affiliate_x22 Noble Gold is Who I Trust ^^^ The [CB]/Globalist are now trying to convince the people that if we kee…

Connect the dots from the first post to the following reports:

Q - The Plan To Save The World REMASTERED

Remastered version of original Q - The Plan To Save The World. Subtitles can be found on youtube. https://youtu.be/KVeDKuHPDK8 Many people have asked permission to share. Listen up: SHARE IT. Download it locally, mirror it, put it up on your … 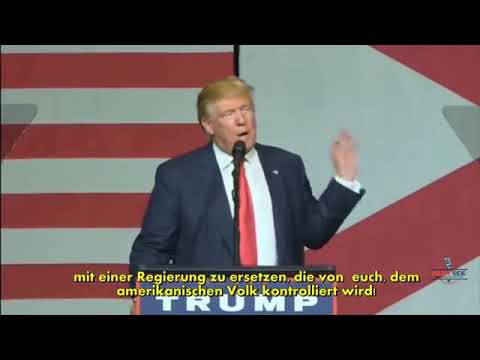 What is going on today:

Senior IT Expert at Global Defense Contractor Testifies in Italian Federal Court; He and Others Switched Votes in the U.S. Presidential Race 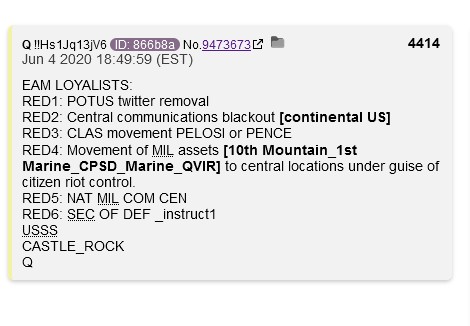 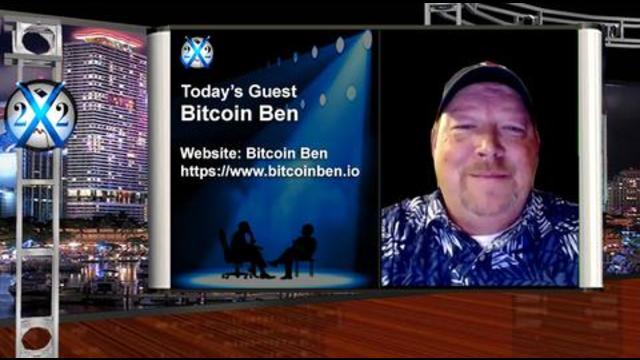 Bitcoin Ben -The Kraken Is About To Be Released, Down She Goes, Game Over

Group of Dutch Hypnotherapists Exposes the Techniques Used On Us DAILY 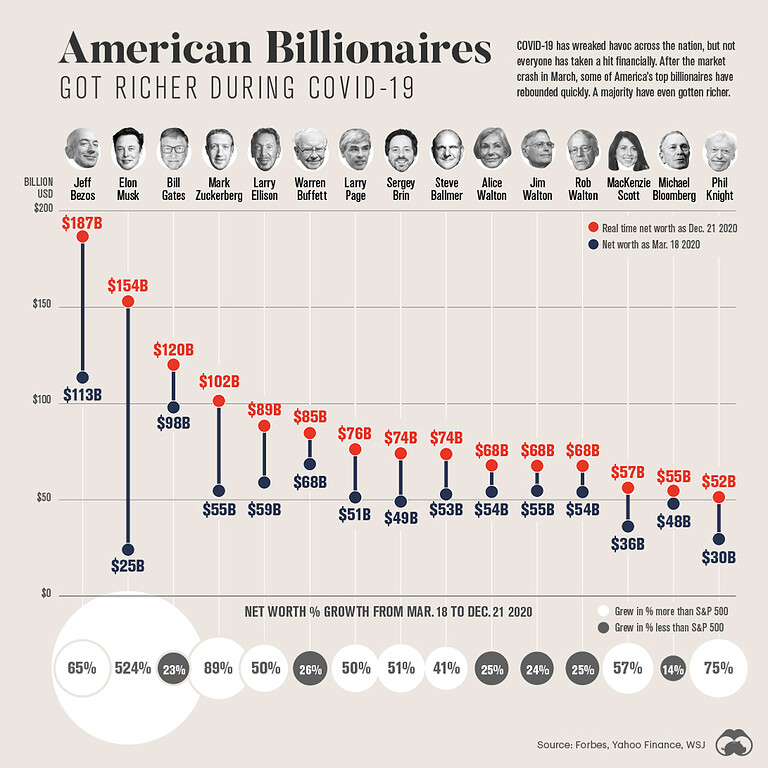 The Rich Got Richer During COVID-19. Here’s How American Billionaires Performed

The net worth of some American Billionaires has grown substantially since the COVID-19 market bottom. Here's how much their fortunes grew.

The power dynamics are shifting on Wall Street. Individual investors are winning big—at least for now—and relishing it.

An eye-popping rally in shares of companies that were once left for dead including GameStop Corp. , AMC Entertainment Holdings Inc. and BlackBerry Ltd. has upended the natural order between hedge-fund investors and those trying their hand at trading from their sofas. While the individuals are rejoicing at newfound riches, the pros are reeling from their losses.

Long-held strategies such as evaluating company fundamentals have gone out the window in favor of momentum. War has broken out between professionals losing billions and the individual investors jeering at them on social media. Meanwhile, the frenzy of activity is stirring regulatory and legal concerns.

The newbie investors are gathering on platforms like Reddit, Discord, Facebook and Twitter . They are encouraging each other to pile into stocks, bragging about their gains and, at times, intentionally banding together to intensify losses among professional traders, who protest that social-media hordes are conspiring to move stock prices. 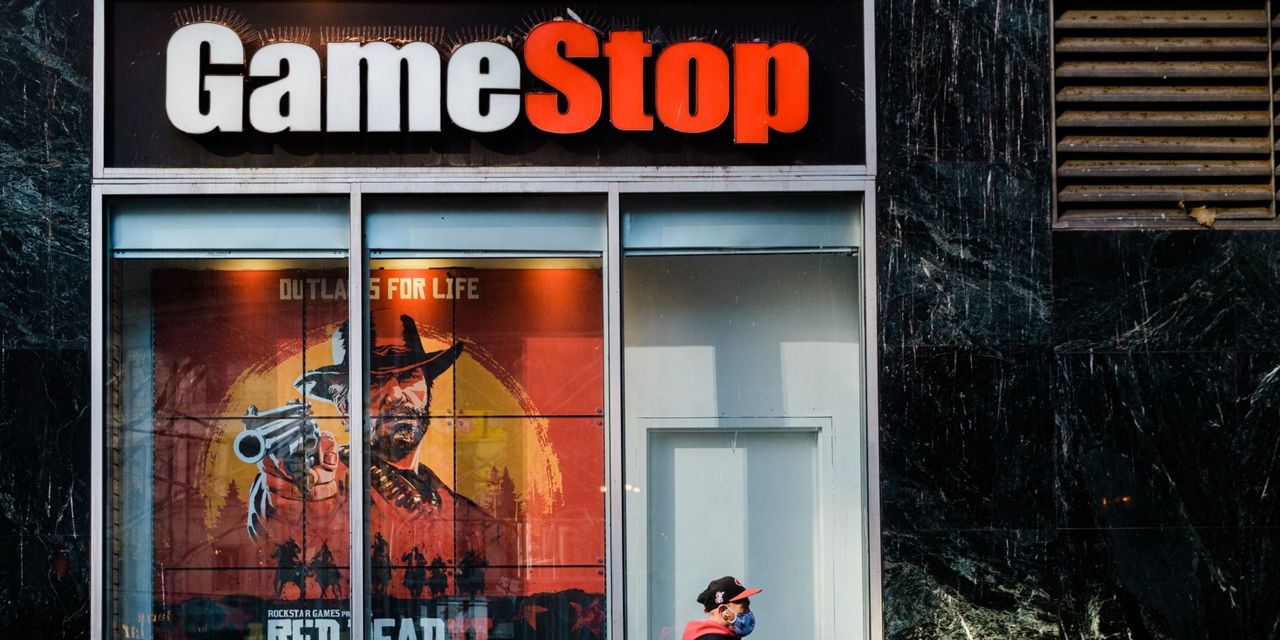 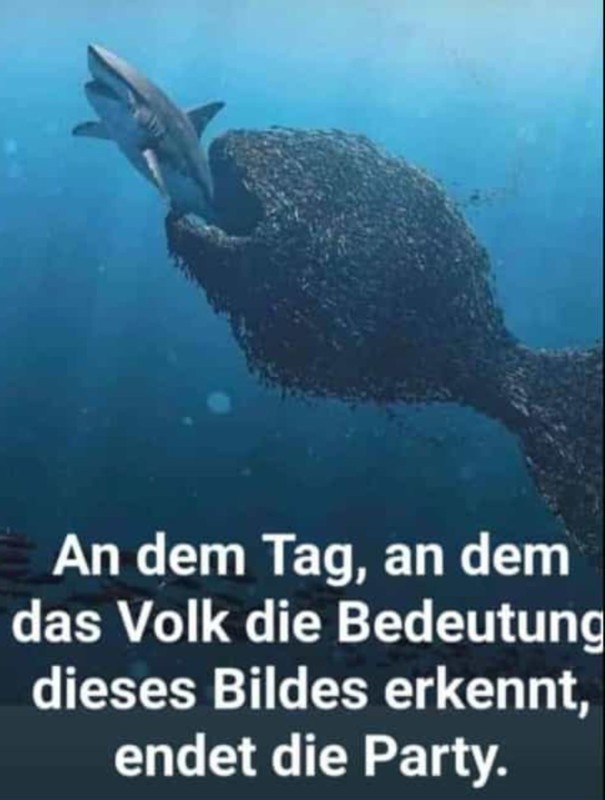 The power dynamics are shifting on Wall Street. Individual investors are winning big—at least for now—and relishing it. 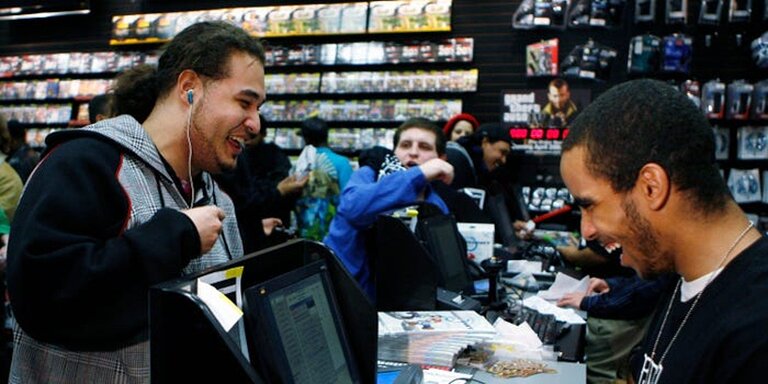 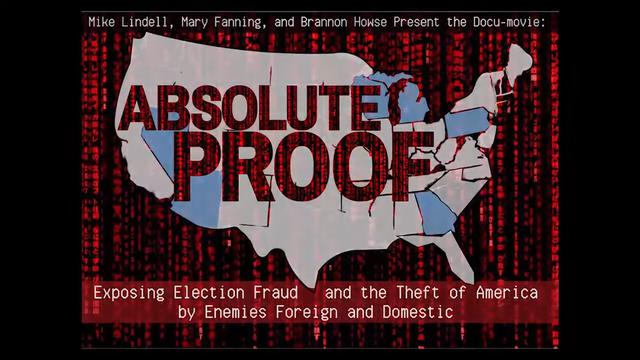 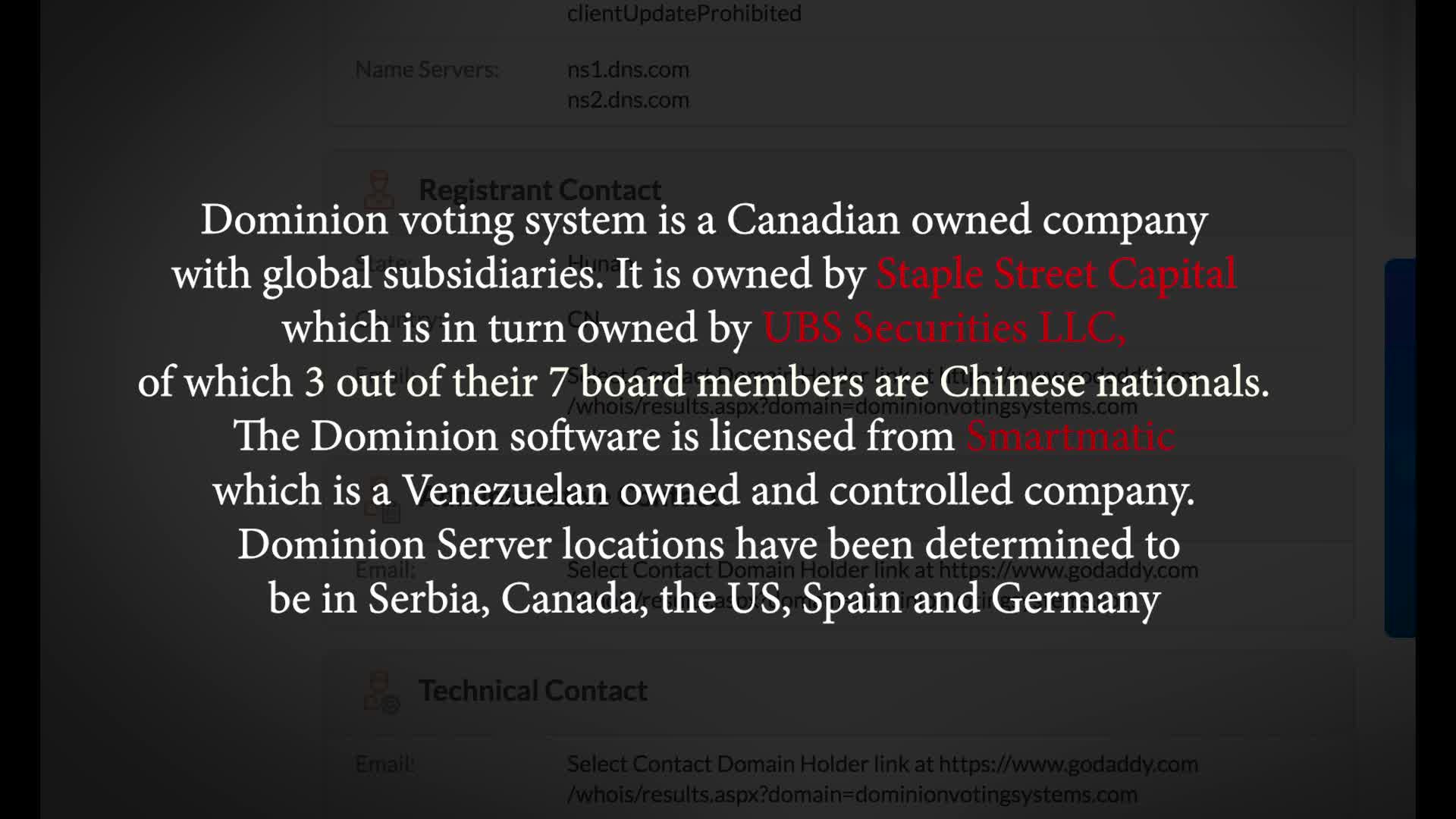 Unmasked: Has the truth about the 2020 election been uncovered?

The truth about the November 2020 Election 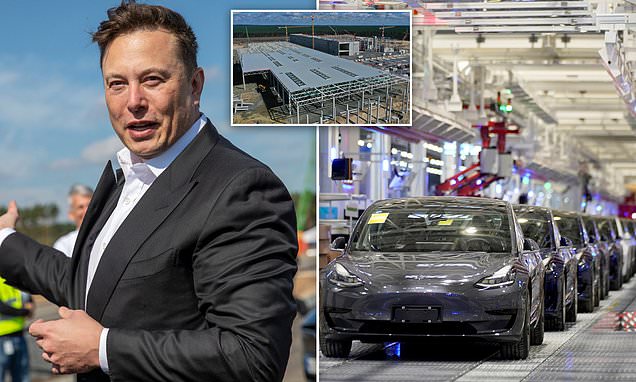 Elon Musk, 49, said he won't get a coronavirus vaccine when they're available because he's 'not at risk', in a Monday interview on the New York Times podcast Sway.

‘I mean this is a hot button issue where rationality takes a back seat. In the grand scheme of things what we have something with a very low mortality rate and high contagion,’ he said.

‘Essentially the right thing to do would be to not have done a lockdown for the whole country but to have anyone that who is at risk quarantine until the storm passes,’ he added.

Musk said the US should have better assessed what does the ‘greater good’ and lockdowns were not the solution.

’It has diminished my faith in humanity, the whole thing…the irrationality of people in general,’ the South Africa native said.

When asked how his employees who feel at risk would feel coming into work Musk replied, ‘Great, stay at home…If they have a legitimate reason to be at risk then they should stay at home.’

Musk said that he isn’t focusing too much on the pandemic and is instead trying to do as much as he can to improve humanity.

In Musk’s battle to keep Tesla open this year he resumed operations at his Fremont plant in May, which employs 10,000 workers and had been closed since March 23rd due to coronavirus lockdowns, in defiance of Alameda County rules.

‘I will be on the line with everyone else,’ he said at the time. 'If anyone is arrested, I ask that it only be me.'

Business Insider reported at the time that at least three employees said Tesla asked workers to return to the facility with phone calls and text messages. If they refused, they risked losing their jobs, the sources claimed.

When asked ‘Will you get a vaccine? What will you do with your own family?’ he curtly replied, ‘No, I’m not at risk for COVID. Nor are my kids.’

This is what an intelligent, rational and ethical reaction looks like. And how someone with backbones look like, who did not give in to the panic, the whole world wants him to feel. I hope that sooner than later humanity will learn and share this assessment in retrospect. And i hope that this crisis and transformation, which is much bigger than a common cold virus, will give rise to new transhumanists like him.

The Dutch government has been told by the court to reverse its coronavirus pandemic curfew after The Hague ruled there was no legal basis for it and called it an infringement on people’s rights. 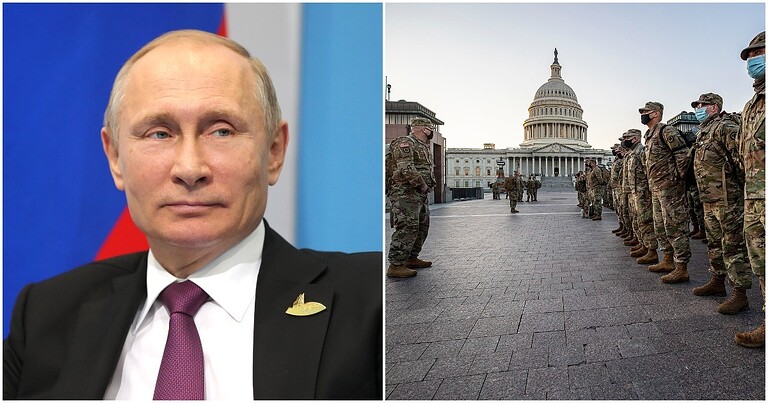 The Russian Foreign Ministry has issued a statement lambasting the United States government under Joe Biden for the “ongoing persecution campaign” taking place “against anybody at all who does not agree with the results of the latest presidential election.”

In the statement, Russian Foreign Ministry spokeswoman Maria Zakharova delivered a scathing assessment of the human rights situation in the United States under President Joe Biden.

Zakharova described the ongoing crackdown against Trump loyalists in the United States:

“The FBI has reportedly opened more than 400 criminal cases and applied for more than 500 search warrants and subpoenas for suspects; it has also brought charges against and detained around 200 people. Only several dozen defendants have been released on bail or placed under house arrest. The others are being subjected to harsh pressure, with members of their family and social circle being coerced into giving a ‘convenient’ testimony. Moreover, people who have not even been officially charged are losing their jobs; they are being banned from social media and publicly ostracised.”

[…]
She warned that the administration’s crackdown would not solve the widespread discontent towards Biden’s rule:

“Their protest will not just go away. You cannot just sweep discontent under the rug. Even the rhetoric that the United States allows itself to use with respect to Russia will not help distract public attention from the country’s own problems. They will have to be dealt with. US citizens deserve to be treated according to the law and in line with Washington’s international obligations.”

Accordingly, she then called on the United States to respect the “basic human rights” of Trump supporters.

“In this context, we have every reason to express concern and demand that basic human rights be observed,” she added. “US officials are constantly and hypocritically taking care of these rights when it comes to other countries; and yet, they have no scruples in ignoring them at home.”