The Wave of Creative Disruption That Unleashes a New Era

The innovations that have already been created since the rise of the internet and the innovations that we will be able to come up with in the next 30 years will, when leveraged correctly, radically change everything. Add the changes that are revolutionary by themselves will add up to a huge wave that sweeps away all the societal structures we currently rely on. 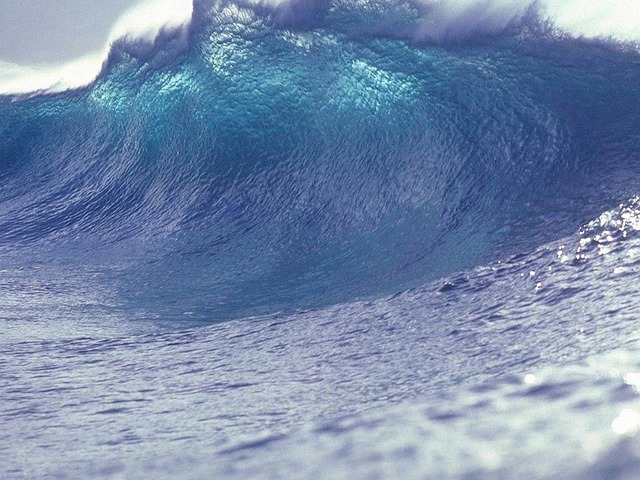 Instead, humanity will rely on new, radically improved societal structures that provide more of everything:

How can I say that? It’s because we are currently massively underutilizing the unique advantages of digital technologies like the internet in nearly every area. Also, most of our societal structures are massively outdated, forcing us to deal with paradigms coming from the 19th century. And this is true even before considering the potential of radical technological progress that will be unleashed within the next 30 years. Taking all of this together, it should become apparent that we are currently sleepwalking into one of the biggest shifts in human history. This shift has been labelled in different ways:

Forward-looking individuals are aware of something huge coming our way. There are already bits and pieces of a picture of how this shift will look like, but we still don’t have a coherent picture about this. A lot of hand-waving is involved, but few attempts to really understand the new era after the shift. That is a big problem, because without an attractive positive vision we can’t mobilize the people to work towards a better future!

Now what will trigger the big shift? It would be easy to say that it’s technology, but that’s far from sufficient. We also need to grasp the great potential for radical innovation that comes with new, and already existing technology! It would be of little use to develop new gadgets and only use a fraction of their potential, because we are only used to previous ways of using technology. Even with the basic technology of today, our world could look radically different. The reason why it doesn’t are economic, legal, and societal constraints. Without those, we could already live in a world that is radically different beyond recognition!

Only with the recognition of the constraints that our current societal systems impose on us, we can create an almost fantastically better world! But in order to really perceive those constraints, we need positive visions in which those constraints are absent!

So, let me describe a vision of a world in 30 years in which the economy, governance, and society have been transformed radically:

Few fully appreciate the progress-enabling power of capitalism. But although capitalism is a system that is moderately effective at facilitating progress, it is horribly inefficient in comparison to truly superior systems. One of its greatest faults is that it can't make effective use of the zero marginal costs of transmitting and copying digital goods. Even though we can copy music, books, videos, and almost all kinds of information at no cost, we don't generally do that. That's horribly inefficient! Copyrights and patents are antiquated methods of fitting abundant goods into scarcity market conditions! So, they have to go!

In the post-shift economy there is digital abundance: You get any digital good for free! Software is free, and open source. People and organizations share information freely, because information is the true engine of the economy. Instead of using the stuttering, creaking engine of capitalism, the new engine is running without friction. Information is everywhere, it’s decentralized and free. Innovation cannot be stopped or even delayed. Those who try anyway, will be blacklisted and quickly regret having tried that.

Also, people won’t have to work to make a living. A multitude of incomes requiring no work, coming from decentralized currencies of a new type, will provide for a good standard of living that enables people to unfold their full potential. And that will make them want to use that potential by doing the best work for the benefit of themselves, their peers, humanity, and the whole cosmos! So, even though people won’t need to work, they will work harder, smarter, and better than ever before, because their work will be both driven by passion, and radically improved technological tools and societal support systems.

What will be the nature of this new form of work? It will blend art, science, technology, play, and socializing into a unique experience that makes people feel more alive than ever before. We will cooperate to solve problems, fulfil missions and thereby make the world a better place. Robots and artificial intelligences take over the jobs that are uninspiring and not fulfilling. So, people are free to do what they please and what makes them feel most alive.

The economy will also be much more equitable, because people will have realized that sharing and donating increase efficiency and happiness far above the levels that people were used to under the capitalist order. Organizations are funded by basic incomes, reputation incomes, crowd-funding, and donations. Any profits are reinvested, divided among all contributors, or go back to the community. In the new economy getting outrageously rich will be extremely difficult, but there won’t be any need to be outrageously rich, because everyone will be wealthy and able to afford an incredibly satisfying and fulfilling lifestyle! Also, great challenges and projects, like colonizing Mars, or developing technologies and products that change the world, will easily be funded by the public, which is both wealthy and generous.

There is no need for taxes, because people fund important organizations that take over important roles, voluntarily. They do that either because they realize it’s necessary, or in order to maintain and improve their reputation.

With an economy that provides great abundance, there will be less need for governments to deal with the problems and side-effects of the capitalist system. Poverty is gone! The economy provides basic incomes on its own. People are healthy and prosperous. Medical diagnoses and treatments are provided by free cloud services and easily affordable medicine and robot surgeons, or even nanobots.

Violence and crime are a non-issue, because people opt to enter voluntary non-aggression networks that are enforced by AI and inhibitor implants that stop people from being violent. Those few who don’t do that are easily help in check by police drones.

Of course, conflicts will still arise between people, but those will be settled by contracts (enforced by decentralized contract and mediation networks) and consensus mechanisms. Jails are superfluous. Contract punishments and transparent public reputation mechanisms suffice to deter people from engaging in anti-social behaviour. Those who suffer from bad self-control can easily get treatments that fix this issue.

Schools are replaced by free open and voluntary learning places and online courses. Apart from the fact, that you can get any piece of knowledge from the internet instantaneously, especially when you use neural implants or nanobots that can install new pieces of knowledge in your mind directly. Education is still more fun and individually fulfilling when pursued as social endeavour, so social learning places will still be popular.

Work doesn’t need to be regulated, because it’s voluntarily self-organized and awesome.

Global warming is being reversed, because advanced technologies enable the effective extraction and utilization of greenhouse gases in the atmosphere to build new products. Using those technologies is of course societally and economically rewarded.

Laws are provided by voluntary governance networks. Augmented reality will show to you which people have subscribed to which networks, so you know what kind of behaviour to expect from them (open violence is not an option as seen above). People are generally nice to each other, because if they aren’t they get a bad reputation that everyone will be able to see immediately. Cultures will be fragmented and virtualized. Still, people will prefer to live with people who share similar cultural tastes.

Governments cease to exist, because they are obsolete. Politics is now about arriving at intelligent voluntary agreements and contracts that are managed on an opt-in basis.

Society has become much more understanding and tolerant. The telepathic and empathic network (needing a really good name) connecting human brains with advanced nanotechnology and ubiquitous WiFi enables people to share thoughts and feelings easily with anyone. This allows people to communicate faster, broader, deeper, and better. Why tell someone "I love you", if you can send your feelings of love directly? On the flip-side, you would also expect to receive negative feelings from others, but you are able to block them, if they really bother you.

People not only are in optimal health almost all the time, they also don’t age, because medicine has found out how to reverse ageing. Adults look like in their twenties, except if they decide not to. Also, people can back up their brains with nanobots scanning them from the inside. If people die in accidents, they can print new bodies (brains included) or use android bodies. People are also free to opt for living as disembodied minds in cyberspace and virtual realities. Switching between both ways of life is also an option.

Because people are effectively immortal there’s no urgent need to get kids. They can wait until they are old and mature before they have a kid. Overpopulation won’t be an issue.

Societal norms are based on compassion, empathy, secularist ethics, and rationality – as well as on personal taste and culture, which people are free to change anyway. That liberates everyone and makes it easy for them to share their thoughts, feelings, and memories freely and openly with everyone who wants to pay attention, without having to fear harsh consequences.

Certain artificial intelligences and technologically uplifted animals are integrated into society and have decent rights and liberties. The newly added perspectives are added to our cultures and make us better and wiser.

Everyone has the free time and all necessary tools and resources to improve themselves in any way conceivable. Life is a journey of continuous exploration, adaptation, and growth. There are no external enemies. If there is an enemy, it’s our own imperfection, and we are able to deal with that effectively.

We are free, prosperous, compassionate, powerful, and wise. And we are still at the very beginning of our cosmic journey.

With the technologies that we already have, and that are already being developed we can create new systems that make our old societal systems obsolete. The new systems will naturally out-compete our old systems, because they are so much superior, effective, efficient, and more in alignment with human needs and wants. The faster people realize that, the sooner we can fix the problems that currently plague us.

My vision describes a whole new era for humanity. It probably needs a really good name to become fashionable. Currently, I call it the network era, or netal era. If you could come up with a better name, that would be awesome.

Note that the absence of capitalism or governments only allows for few labels for this vision: Anarcho-communist or anarcho-syndicalist. Those come with historical baggage that is partially unfitting to my vision. Finding a label that is both descriptive and free from wrong associations is very difficult. This is definitely work in progress.

Obviously, my vision is fairly optimistic, but that doesn’t mean that it’s impossible to achieve. It simply means that it’s very hard to achieve. Is it worthwhile striving towards such a future? Why not? What could possibly be better?