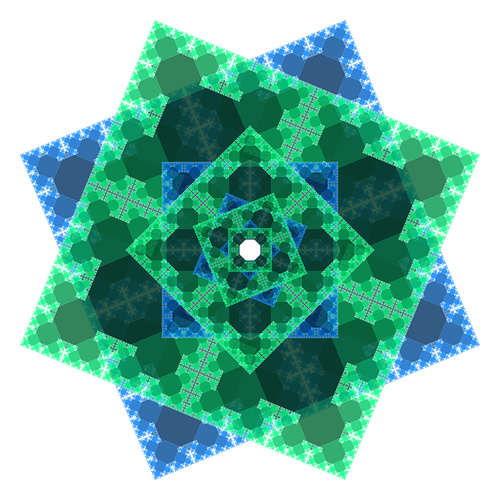 Recently I found that a lot of ideas and trends seem to converge to a holistic paradigm shift, a transition to a new era that I call the netern era, or neternity, in contrast to the modern era and modernity: Modernity, a topic in the humanities and social sciences, is both a historical period (the modern era), as well as the ensemble of particular socio-cultural norms, attitudes and practices that arose in the wake of the Renaissance—in the "Age of Reason" of 17th-century thought and the 18th-century "Enlightenment". Some commentators consider the era of modernity to have ended by 1930, with World War II in 1945, or the 1980s or 1990s; the following era is called postmodernity. The term "contemporar...

It started out of my previous efforts to envision a reputation economy, or later digital abundance economy. The next ingredient was the organization in networks based on collective intelligence. Of course, there’s the deeper undercurrent of transhumanism behind all of that. And the potential decentralization brought forth by Bitcoin and the blockchain revolution enabled me to envision a future in which decentralized networks of people are more independent and powerful than they have ever been since the invention of the internet. These components, mixed together creatively, resulted in me envisioning first a nebulous system D, then the Netec world, and finally to envision a perhaps more generic transition to a new era in the post:

The Wave of Creative Disruption That Unleashes a New Era Visions

The innovations that have already been created since the rise of the internet and the innovations that we will be able to come up with in the next 30 years will, when leveraged correctly, radically change everything. Add the changes that are revolutionary by themselves will add up to a huge wave that sweeps away all the societal structures we currently rely on. [image] Instead, humanity will rely on new, radically improved societal structures that provide more of everything: More freedom Mor…

So, what is neternity and how is it different from modernity?

Neternity is the age which acknowledges the network as central emergent agent, whereas modernity sees the individual human as most important agent. This is not to say that in neternity the value of the individual human is diminished – quite the contrary: Neternity acknowledges humans as truly social beings and emphasizes the value of (freely chosen) relations, which is something that modernity hasn’t really done a lot.

But the internet is something really significant, especially since the invention of the World Wide Web, which enabled people to create new possibilities of sharing information and data, in a rather unprecedented and decentralized way. At the same time, the efficient digitalization of data allowed us to share and distribute some goods for virtually zero marginal cost. That’s a silent economic revolution which is still barely recognized, but it represents the basis of a digital abundance economy, when it’s combined with reputation systems, attention reward systems, and innovative digital currencies.

In combination with the natural tendency of capitalism to decrease prices, the digital abundance economy, together with the decentralization of finance, the sharing economy, and a shift towards a gift economy, supported by basic incomes, with trigger the emergence of a genuinely netern economy that not only provides enough basic goods for everyone, but also supports everyone with the full collective knowledge of humanity, together with digital and physical tools that make the creation of amazing goods and services relatively easy! It will be both a more efficient, a more equal, and a more human economy.

This sophisticated economy will free humans and enable them to truly associate freely in networks of their choice, be they local, or globally dispersed and connected via the internet and its communication layers like voice communication, video, virtual realities, augmented realities, mixed realities, or eventually even telepathic and empathic links. This shift towards free association will disrupt modern national states and bring forth the emergence of netern polities, which are based on the principle of free opt-in.

That way, neternity makes room for the highest human aspirations, including transcendence. It is only in a netern society that transhumanism can fully flourish in peace and prosperity. The structures of modernity are ill equipped to both faciliate the full potential of transhuman technologies, as well as to manage their consequences. In neternity, development of transhuman possibilities emerges naturally out of the desire for full human flourishing and the transcendence of remaining bounding restrictions. Also, neternity can easily provide common and egalitarian wealth, so that the advantages of transhuman technologies are quickly and easily enjoyed by everyone who dares to opt in.

Nevertheless, the challenges of transhumanism will define the philosophy and politics of neternity. Instead of networks of relatively similar humans, it will have to adapt to networks of vastly different and diverse augmented and unaugmented humans, animals, and artificial intelligences. In modernity people were identified as being equal. In neternity, it is acknowledged that people can be very different, and still consist valuable and valued parts of greater networks.

Convergence is seen in science, where different disciplines have to come together to facilitate holistic understanding and organisation of nature, society, and technology. Play, science, arts, and work will converge into a continuous experience of growth, learning, mastery, and fulfilment.

Divergence is found where individuals can express themselves freely and associate themselves with the people they have most in common – from all the individuals in the whole world! This will lead to a fractal arrangement of micro- and macro-cultures, comprised of cultural networks: A fractal society! What holds the fractal society together is the shared appreciation of netern values of free information, free association, socially/network driven prosperity, collaborative and highly automatized wealth creation, and the facilitation of individual and holistic flourishing.

fractality.png1200×1200 893 KB
1 Like
The Effectiveness of Narratives
Principles of the Network Economy