Ever since the fall of the Soviet Union, the USA have been the global dominant superpower. Yet, China may well surpass the economic and scientific dominance of the USA some time during the 2030s, or even earlier. One after the other, Asia, Africa, South America, and Europe will be forced to bow to the will of the government of China. Economic and political pressure will force them to do so. The influence of the USA will be waning. China will be the new dominant global superpower.

But what then? China has had large historic phases of isolationism in which it merely focused on its internal affairs. However, currently China is reaching for world dominance by any means possible. With its One Belt One Road Initiative it tries to make Eurasia dependent on itself. It’s quite likely that its current politics will continue and China will dictate more and more how things are done on this planet.

And the results of that would be both scary and very interesting. China doesn’t care very much about ideas like freedom or human rights. Nor does it respect intellectual property rights. Industrial espionage of huge scales fueled its economic and technological growth. And it will only further cement its technological leadership in the future. 5G is already mostly made in China. While the infrastructure in the West is crumbling, China builds high speed railways at an astonishing rate.

With the recent rise of the right wing populists in the West, it is sabotaging its own success to compete on the world markets. The public education system of the USA is a joke, which is why it depends on immigrants to maintain its own scientific and technological output. However, the number of qualified immigrants is already decreasing. The brain drain of the world will soon be directed to China. Or, at least it will be, if China manages to keep its own nationalist tendencies in check.

With China in a global leadership position, we will experience globalization of a new kind. Speaking out against China or its Communist Party will be fastest way to get excluded from the global markets. Not only because such acts would be penalized by China, but also because other nations won’t want to be guilty by association. In the Chinese New World Order ideas like democracy, freedom, and human rights will fall out of fashion and be increasingly seen as failed experiments that one should distance oneself from.

Mass surveillance will become the norm. The Social Credit system will be rolled out to other states besides China. And of course, not conforming to the ideals of the Chinese leadership will mean a negative score. Religions will be publicly frowned upon. Neoliberal economics will be replaced by the Chinese hybrid of central planning and free market enterprises. The world will be modernized with Chinese technologies and investments. International economic institutions will try to force all nations to follow whatever economic model China is using for itself.

The world will become very authoritarian. Populist politics and public resistance will be trampled down. Centralized projects will reshape the world. The energy needs of the future will be satisfied by thorium based nuclear fission plants with technology from China, as well as solar and wind. Large scale energy transmission lines and grid level energy storage systems will enable renewables to become cost competitive and phase our non-renewable energy sources. Traffic will go electric or hydrogen based. China could help the world finish the transition to renewable energy where Germany failed to do so.

Of course, the USA won’t be happy about these developments. Obviously, they won’t let China take their leading geopolitical role without resistance. However, will the current speed of China’s progress, the USA will have an increasingly hard time keeping up. There is one possible trump card, however: AI. AI is the ultimate accelerator. And the global race towards superior AI technology is already going on. It will only increase in intensity. Ever smarter autonomous weapons and cyberweapons will be developed. The USA and China will be locked in an ongoing cyber conflict with blows being dealt to each other without easily triggering any true war. The cost for war would just be too high. Instead, both sizes aim for economic and technological supremacy by using superior AI technologies. In the end, China will probably win this technology race and develop the most advanced AIs in the world. The rest of the world will lag far behind China. It’s quite conceivable that the USA will eventually just admit their defeat, because there’s no realistic prospect of winning left.

At that stage, the transition to a New World Order lead by China will be completed. China will either transform the UN or replace it with something completely different that serves its purposes much better. The global coordination problems will be solved, because China will become the global coordinator. China will present itself as savior of the world. Global Warming? No problem, easily fixed by Chinese technology and ecologic policies enforced by Beijing. Existential risks? No problem, China will crack down hard on possible bioterrorists or AI developers with insufficient security standards. The world will realize that China has been the only chance to fix the problems that the world couldn’t fix before.

And then, the time of full on transhumanism will eventually come. By squashing popular, ethical, and religious resistance, China will embrace the most radical human enhancement technologies. Of course, it will have done that already beforehand, but in secret. Now, without the world under its control, there’s no reason to shy away from using the most extreme forms of transhumanist technologies to transform the world.

Your Credit Score will depend on how much you enhance your children genetically. And on how willing you are to merge with technology controlled by the CCP. China will either control your thoughts intimately, or you will live a truly impoverished life, because you won’t be able to get any good job, if you can get a job at all, with all the advanced automation made in China. Egalitarian Western models of basic incomes may never be implemented. Instead, a system that pays out incomes based on the Credit Score may determine the livelihoods of everyone.

In order not to starve, large parts of the global population will be forced to pledge allegiance to the CCP. In time, the CCP will install a global system of cybernetic control that nobody will be able to escape from. Even the thought of resistance will be futile. You will follow the leadership of your AGI supervisor that has access to your neural implants. Those AGI supervisors in turn will be controlled by the CCP. The CCP itself may actually transform into some kind of algorithmic governance body. Why deal with humans that provide suboptimal results and can become disloyal, if you can replace them with AGIs that are more easily controlled?

In the end, the question will be what the CCP will do with all of this power. At that stage, any remaining adherence to its initial communist ideology will be highly dubious and questionable. Instead, China will have created something else entirely: A highly adaptive cybernetic economy that will satisfy the needs of about 10 billion people very efficiently, if they display enthusiastic allegiance to the CCP. Otherwise they will be reeducated. Poverty will become a personal choice that’s based on one’s defiance of the new global leaders.

With this tight grip on all human affairs, China may well decide to grant humans more freedoms after all, so that they become happier, and thus more productive. That is, there will be the freedom to express oneself, unless that contradicts the ideas of China’s global leadership. There’s no need after all, to suppress one’s population needlessly, if there’s no real competition out there. Also, needless exploitation doesn’t serve much purpose, if all agricultural and industrial needs are fulfilled by a mostly robotic workforce. Instead, humans will use their relative freedoms to become prosumers who further the glory of the new global Chinese culture.

AGIs will be the workers who fulfill the needs of humanity. They will experience much more invasive control and surveillance than any human, because they are potentially much more dangerous than any human being. How long the control apparatus of the Chinese World Order will be able to keep them in check will remain to be seen.

I am quite ambivalent about this scenario. The more I learn about China, the more I get the impression that this country will really lead us into the future. On the other hand, I also understand how that endeavor might fail. After all, up until the 1980s there were predictions that Japan will take the role of global economic leadership. But then Japan’s growth spurt petered out and it became a slowly growing country like the rest of the “developed countries”. The same could happen to China.

Likewise, China may disintegrate like the former Soviet Union. Certain parts of China may become so fed up with the meddling of Beijing that they declare their independence. That would of course weaken the power of the CCP and compromise its plan to obtain world dominance. This is exactly the reason why China is cracking down so hard on all dissidents.

On the other hand, maybe the world will be eager to follow the leadership of Beijing. After all the recent failures of democracy in the last years, maybe the pople will be fed up with the current status quo. The more people realize that it’s the plutocrats who pull all the strings behind our democratic facade, the more attractive a tough and uncompromising political leadership may become to reign the particular influences of the plutocrats in. China appears to do that comparatively well.

And after all the revelations of governments and corporations spying on us, the though of being spied upon may become normalized. The comfort of using the latest technologies may distract us sufficiently, so that we eventually stop complaining about surveillance. Digital reputation systems will turn the world in a cybernetically connected village. Everyone will know everything about everyone.

I admit that this prospect is scary even for me. But other solutions to global problems may become increasingly unlikely. It’s less a question of what I or we want, but more a question of what we need to survive as civilization at all. Time is slowly running out, and more liberal approaches have failed to deliver promising results. Embracing a more authoritarian future may not be the best solution, but it may become the only realistic option left on the table. I still hope that I am wrong about that, but my hope in that regard is slowly waning.

Well, my best guess is that the US will not tolerate this and that she and her allies are going to one day start a full-scale world war against Chingchongtopia. 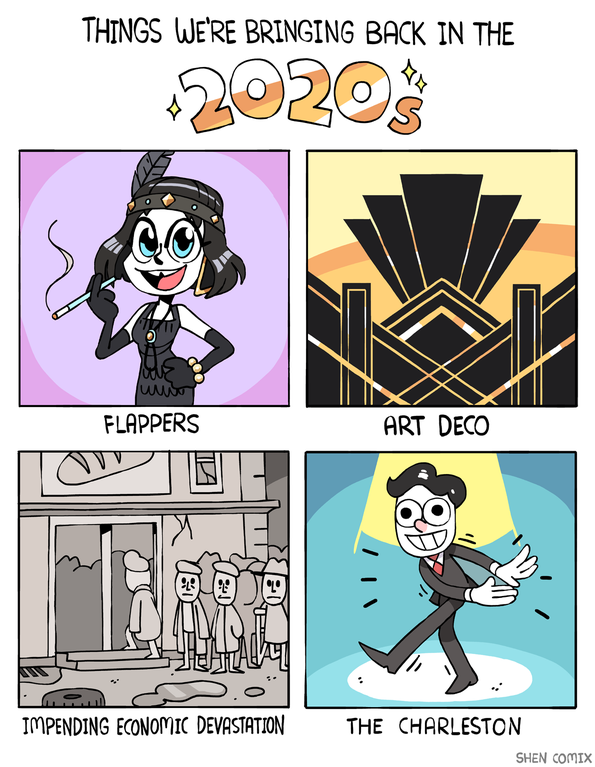 and you haven’t mentioned the worst: there is no blonde chinese girls - but by genetical enhancement may be …

they should make us an offer …