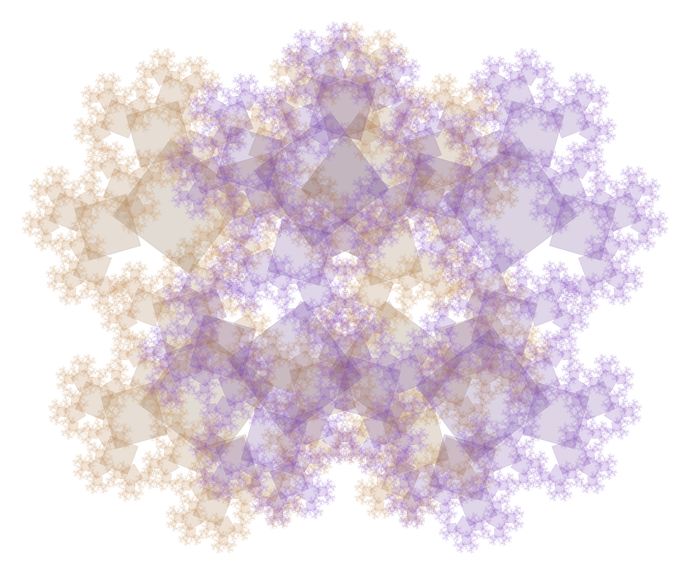 This is a rather philosophical / game theoretical post about possible wars between what I call peacenets. Peacenets play a big role in my conceptual sci-fi world Netec, see

First of all, what is a peacenet again?

A peacenet is a collective intelligence based network that people can join to be protected primarily from potential violence from members of the same peacenet. This protection is enforced by a swarm of AGI driven implants called *inhibitors* who stop people from initiating force against members of the peacenet. Note that this is the primary function of a peacenet, but that doesn't necessarily mean that peacenets have to be "pure", and merely be a "perfect" replacement for police forces. Peacenets may actually want to protect their members against external threats, also.

And this is where it gets interesting. A peacenet may have its own military forces in order to deal effectively with external threats. In a world dominated by peacenets, who are those external threats? It may be terrorists, opportunistic rogue AIs, or other peacenets!

But why would peacenets fight against each other?

Building up military capacities doesn’t necessarily mean that they will be used for actual warfare. Most of the time, the deterrence effect of being able to retaliate effectively is enough to prevent aggression. So, why would a peacenet actually attack another peacenet in the first place? Because it might fear that another peacenet will become too powerful to be fought effectively, for example due to developing overwhelmingly powerful superweapons. A pre-emptive / preventive strike could stop the other peacenet from developing such weapons.

Doesn't that mean that developing superweapons is a bad strategy?

Yes, if you are the underdog and can't develop them quickly enough to depend yourself against stronger opponents, having such superweapon development projects only provokes attacks from the "peacekeepers" – at least if they notice those projects. So, such projects would either have to be done secretly, or it's actually the dominant peacekeepers who develop them in order to maintain their dominance.

However, if we live in a world in which the peacekeepers have a ubiquitous global network of sensors, inhibitors, and whatnot, it’s hard to keep any superweapon development project secret. This leaves us with the most likely option that the peacekeepers are those who develop superweapons. But in this scenario, a war is even more unlikely, because nobody can seriously hope to win against peacekeepers with superweapons.

The existence of secrecy is the only factor that allows for “rational” motives for war. Once secrecy is eliminated, wars can only emerge if at least one faction acts irrationally.

So, let’s assume that getting rid of secrecy is much harder than expected. There might be ways to protect your secrecy even against nanobot spies. If that’s the case, no faction can expect from any other faction to stay calm and not work on superweapons in secret. The rational conclusion is, that in order to protect yourself from such superweapons, you need to develop them (or super-countermeasures) on your own, in secret of course, unless you want to make yourself the target of everyone else – or unless you are already strong enough that everyone else being your enemy doesn’t scare you.

Secrecy is a security risk

This leads to the clear conclusion that any kind of secrecy is a huge security risk, because it encourages the development of superweapons, and thus a hidden arms race. Still, eliminating secrecy completely would be an unprecedented step and hugely controversial as well as challenging. And yet, it may be one of the few chances for lasting peace.

Which is a really fascinating intellectual exercise, really. We need to distinguish between multiple cases:

Case 1 is rather conservative. We get hardened fronts between different peacenets. Case 2 makes things much more interesting. What happens when peacenet $A$ and peacenet $B$ wage war against one another, but many people are members of both $A$ and $B$ (meaning they are in the intersection $A \cap B$ of peacenets)? Since members of a peacenet cannot fight against members of the same peacenet, those who are members of both peacenets cannot actively participate in the war at all! They become neutral bystanders – or something like non-militant double agents. The real combatants are those who are in one peacenet, but not the other one. So, it’s the difference sets

who are actually engaged in the war, while the intersection $A \cap B$ remains neutral. This is why I would call such a war a difference war.

In a difference war you can increase the number of your combatants by recruiting people who were not previously members of any faction. Alternatively, you can try to discourage members of your peacenets to be also members of the enemy peacenet. This could be done in one single drastic step by changing the mode of your peacenet to exclusiveness. That move might be too unpopular to be feasible, however. The “intersectionists” in $A \cap B$ probably value their security and relative peace too highly to let go of it.

This high valuation of security and peace is also the main reason for peacenets to adopt inclusiveness in the first place: By being inclusive, they make themselves more attractive by simply providing additional security, no matter what other peacenets a person is member of simultaneously. Joining inclusive peacenets would be seen as comparatively bad deal.

How can a difference war be won?

Since in a difference war there are always the immune intersectionists, it's effectively impossible to win a war by eradicating all of your opponents. The enemy difference set is a potentially very dynamic target, because people can join and leave peacenets more or less freely. Only by getting the enemy to surrender can a difference war be really won. You just beat them so badly that they accept their defeat, even if it comes at a high cost. A difference war may be rather a war of attrition and eventual fatigue than anything else. The goal of the war is to achieve acceptable conditions than you can impose on the other side.

Why fight, if peacenets could decide to fuse into one huge singular peacenet? The answer is of course opposing politics and ideologies. Many people don't want peace for the price of making great concessions to political opponents. Otherwise, we would easily have a world government and world peace already. Peacenets may fuse eventually, but early fusion isn't guaranteed in the slightest.
Fractal Cosmos Tech Timeline