What are you thinking about?

Tell us what your mind thinks here. 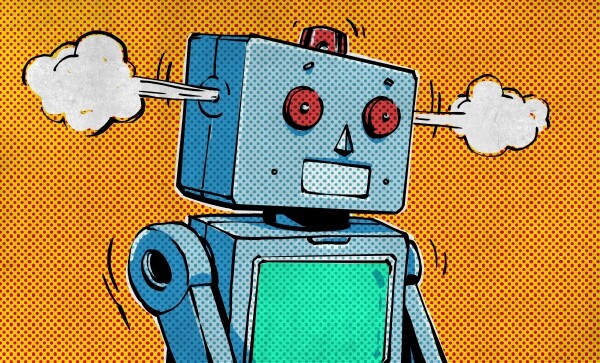 Planned Obsolescence Isn’t A Thing, But It Is Your Fault

The common belief is that big companies are out to get the little people by making products that break after a short period, or with substantially new features or accessories that make previous mod…

This article is filled with gaslighting.

Not everyone is an impulsive consumer wanting planned obsolescence. Some people just want their products to run smoothly forever without wasting money on things they DON’T NEED.

Otherwise, the universities are evilly getting the best devices without any planned obsolescence nonsense.

These popular smartphones are allowing ultra-wealthy big brothers to spy on people for oligarchically political control. It has nothing to do with respect, democracy, freedom, justice, and letting people have options. It’s about oligarchy and slavery with planned obsolescence to help these ultra-wealthy oligarchs become wealthier while making our world burn.

This article is just pandering to the gaslighting attitude that ultra-wealthy oligarchs have towards their enslaved customers trained for impulsive consumption of products via planned obsolescence. This article does not show empathy to people suffering from global warming, poverty, homelessness, and psychologically unstable minds because of planned obsolescence. This article does not speak for people wanting products to last forever because they do not want global warming. This article does not show the harsh reality that most people are getting screwed over while ultra-wealthy imperialists get wealthier with their dehumanizing military-industrial complex, online surveillance, censorship, sweatshops, indoctrinating institutions disguised as schools to train kids into being wage slave consumer idiots, mainstream media, and finally… planned obsolescence.

Google, Facebook, Instagram, Twitter, TikTok, Spotify, Tidal, PayPal, eBay, Amazon, H.P, Dell, Asus, L.G, Samsung, and many other businesses don’t have reliable customer service. Some of them steal money from customers after they cancel their subscriptions. I don’t trust schools, businesses, and people promoting them. It’s pretty sad how international societies are financially supporting thievocracy from businesses stealing money from people without imprisonment.

The “Welcome Back” message on websites and restaurants is dumb. Because it presumes that you have already went to them before by jumping to that conclusion. It is a fallacious message. It just proves that society is getting dumber.

I find deer not having a formally plural word like deers shows intellectual laziness and mathematical disorganization in regards to high quality literacy.

I am convinced the English language was created by sexist men who were too lazy to make female words be properly shown in sentences. I will show why. Here is a sentence:

Notice how him and his are different words.

Now, look at this sentence:

Notice how her is a word repeated two times.

It shows logical inconsistency in English grammer regarding female and male words. I blame men for doing this.

If there was logical consistency, the sentence would look like this:

Forums that have a rule against necroposting are ridiculous.