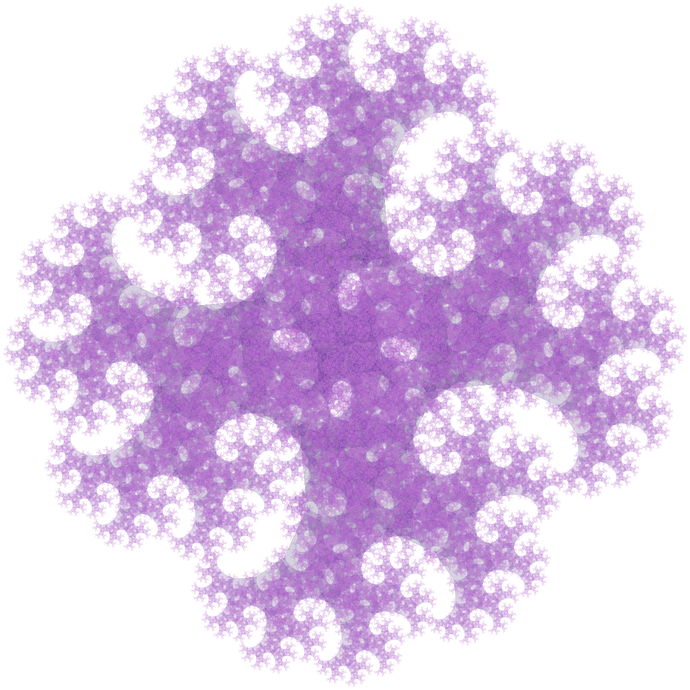 I have been brainstorming and thinking a bit about how a technologically and philosophically mature society might look like. In my abstract hypothetical scenario would have discovered something like an Ultimate Value Theory (UVT), and it would seek to optimize that Ultimate Value (UV). I started envisioning such a society in the thread

This thread is mainly to clarify my own thoughts a bit. I don’t expect anyone to fully understand what I am writing here. This line of thought had different origins, and a recent trigger in my observation that sentient beings have the natural impulse to flee from aversive situations, even if that reaction is dysfunctional and prevents personal growth. There are other strands that lead to system V: The Aonian Exaltation is a fictional civilization that is supposed to be a deeply “posthuman” ut…

Further, I envisioned a potential

I’m wondering whether it’s natural for technological civilizations to develop according to a kind of “natural” trajectory: They either get wiped out, or wipe out themselves, or progress to a stage of ultimate wisdom at which they not only reach technological, but also social and philosophical maturity. At that stage, they can do about anything that is physically possible, including colonizing the cosmos, simulating other universes, and maybe even change the laws of physics, create new universes,…

which I am assuming is reached in this scenario.

Such a society might be terrifyingly alien to us. It would probably be centred around extremely advanced and sophisticated AGIs. Whether human-like intelligences will play a major role in that is highly doubtful, so let’s not think about that right now.

Society would be united by the common goal of obtaining UV. I assume that UV has a fractal-like structure that needs to be explored in depth in order to be exploited effectively. The reasons for that are highly complex, and I’d probably need to write a book to even try to explain them (or actually make them clear to myself).

Of course, I might be totally wrong about that, but for the sake of this thread I assume that it’s true, because it leads to more interesting and dramatic fiction, I believe.

So, the real protagonists of an ultimate civilization (UC) would be AGIs who explore the deep fractal structure of Reality and in the process obtain UV. That process would probably also include states of superbliss. But optimizing UV might require diving deep into the research of mental reality, coming close to the abysses of insanity. That would be the task of Special Exploration Forces (SEF). The SEF would be seen as “heroes” who fight (= explore) for the sake of “glory” (= effective UV optimization). Occasionally, members of the SEF would become mentally so corrupted that they effectively die. Those tragic losses make the fight for UV very dramatic, and anything but harmless. Occasional extreme suffering and madness might be the price for actually optimal UV.

In extreme cases, the tasks of the SEF might even involve simulating other universes, or strange worlds… bringing whole new dimensions of ethical issues with it.

The desire for meaning, glory, and fame would draw many beings to join the SEF, where they fight a dangerous existentialist war against the forces of the unknown. Many would try to convince their friends not to join the SEF, not only because of the inherent dangers of exploring the dangerous epistemic front-lines, but also because being in the SEF deeply changes persons. Nobody returns from the epistemic front-lines as the person they were before. That doesn’t necessarily need to happen in a bad way, but at least it causes estrangement.

Many people would detest the dangerous self-destructive activities of the SEF, even though they would realize that UVT actually requires those sacrificial acts. And criticizing UVT always turns out to be futile, because it’s true. The reality of value is fixed, so no struggle against it makes sense. Everymind needs to grow up and rise to the challenge of supporting a mature civilization striving to optimize UV.

Any UC will expand to gain more resources for the task of creating UV. In that course it may meet other UCs. Because UVT is universal, both UCs will be structured very similarly, and there would be no reason for conflict. They would naturally cooperate deeply, in order to maximize their common potential for optimally creating UV. An UC may also meet an immature civilization (something like humanity at the moment). Immature civilizations will probably be given the chance to find UVT on their own, at which stage they can join the cosmic alliance. Some civilizations might destroy themselves in the process of trying to become mature. That would be unfortunate, but the advanced technological capabilities would possibly allow UC to restore those civilizations who killed off themselves.

All of this may be very weird, and alien, and of course extremely abstract and hypothetical. Envisioning these things still felt extremely meaningful and moving to me!

Is this our destiny, or are there other plausible futures?