I’ve found a thought-provoking Google Hangout discussion about consciousness, featuring a group of more or less widely known transhumanists including

In particular, I was surprised that the view that there is only one universal consciousness (a statement that I agree with) was raised and presented and that this view reduced fear of death (it does)! Also, there was mention of a thought experiment of connecting different individuals with analogs of the the corpus callosum that connects both brain hemispheres. Potentially even between members of different species! 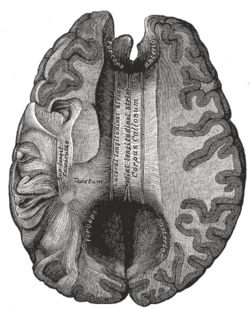 The corpus callosum (Latin for "tough body"), also callosal commissure, is a wide, thick nerve tract, consisting of a flat bundle of commissural fibers, beneath the cerebral cortex in the brain. The corpus callosum is only found in placental mammals. It spans part of the longitudinal fissure, connecting the left and right cerebral hemispheres, enabling communication between them. It is the largest white matter structure in the human brain, about ten centimetres in length and consisting of 200 A ...

Also, the panellists agreed that we know almost nothing about consciousness.
Some interesting topics were raised:

Do we need a theory of qualia to make a direct connection between different brains work correctly? Would such a connection in turn be helpful for finding such a theory?

Interestingly, what was not much discussed at all was the topic of uploading consciousness to other substrates.

A post was merged into an existing topic: The secret of consciousness, solved in 15 minutes