The state of being doomed

One of the frustrating things about being me is that for reasons not entirely clear to me, I tend to think about things roughly six months before people are ready to understand them. =\

I would like people to, after November of this year (2021), take the posts I have made since returning to the forum about two years ago and filter them down to where I discussed social or political topics and then tell me what I could have done better to communicate my points. =\

Anyway, my message for people in the October-December time frame is that it really sucks that many of you will realize that you are now doomed. =( I am not one of the people who wanted that to happen. But, hear this, while you still have your faculties and are still reasonably able bodied, there is one thing you can do for the human race. The state of being doomed is, in a perverse way, a kind of super power. It means that you are utterly immune from human retribution. What can the possibly do to you? Throw you in jail for 20 years? They have already done their worst. There is nothing more they can do! I beg you! Use this opportunity to make sure that the Guilty will not escape Justice. You have no reason not to and the people who still have a chance for a future need the guilty out of their way or it is only going to get Worse. It was not my choice but taking as many of those mofos out with you is the best thing you can do at this point. 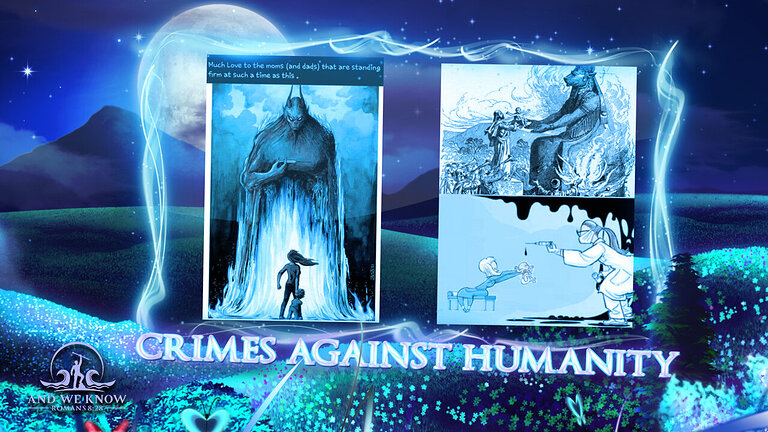 The state of being doomed is, in a perverse way, a kind of super power. It means that you are utterly immune from human retribution.

You are right. If someone truly believes he is doomed, he has nothing to lose so he could do anything. Very liberating and powerful.

What do you think: When Covid was announced how many people had the same thought? “Humanity is doomed. We will all die from a killer virus.” My guess is: More than 1000 people in every country.

The thin line that divides both is truth. The person who really knows that she is doomed and is right is different from the person who only believes she is doomed but mistaken. The power is the same, the liberating effect as well, but the consequences are not. The person who uses her “superpower” but is mistaken will end up as a tragic figure.

The true challenge in this global information war is to find the truth.

The doomsday-scenario, what you believe is coming, could only be:

I believe this dooms-day-scenario is roughly the agenda 2030. Depopulation und complete control.

But there is one question that puzzles me:

How is it possible that a constantly growing number of people could see this plan clearly?

The elite ruled the world for at least 100 years if not thousands of years. And only a few outsiders knew what they were up to. Because - besides innovative technologies they hide from humanity - the control over information is their greatest power. They always needed sheep which believe that everything is alright and the people in power are good people. They always needed sheeple who let them off the hook and blame other sheeple for everything that went wrong in the world. The elite has no interest in telling people what their plans are. Only in form of propaganda that looks more like utopia, highly ethical and desirable. They need the people on board. Especially when they plan something devastating like agenda 2030.

This sounds highly imbecile to me that the elite would show the people all their plans, their corruption, their lies and their crimes before the great reset and the completion of their agenda.
If you have an explanation, i´m all ears.

My explanation is: agenda 2030 failed gigantically. The deep state was dismantled and we are now experiencing the great awakening, which is only possible, if we see and experience everything, the deep state had planned for us, because nobody would believe it otherwise.

one example: vaccines were never healthy. The “spanish flu” was deadly because of vaccines. It was planned and a deliberate culling of people.
Adverse reactions of vaccines in general were always underreported; approximately below 1% of adverse reactions were reported. So the Covid-vaccine could be nothing more than a normal flu vaccine with the normal poisonous adjuvants, but now with much more human guinea pigs at once and a focus on adverse reactions (and therefor much less underreporting).
Information creates our reality. You could never be sure, what is real, until you see for yourself. 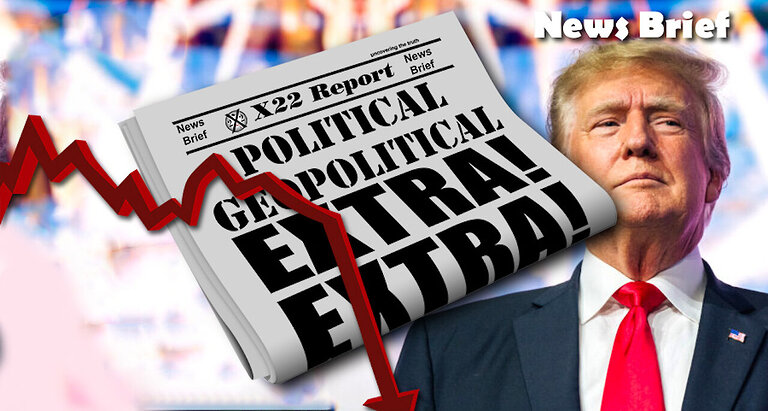 Ep. 2536b - The Crime Of The Century Is Being Exposed, Military Only Way Forward

Get The Ultimate Portable Floodlight For Work, Camping Or The Outdoors http://www.lytebug.com Use Promo code X20 for 20% OFF ^^^ The [DS] is now panicking they are trying to get control of the narrati

How Trumps vaccines prevent the Great Reset and save humanity

Discover the brilliant strategy of Trump to sabotage the New World Order, through his rushed, experimental vaccines, that cannot be mandated.

In 1976, an outbreak of the swine flu, influenza A virus subtype H1N1 at Fort Dix, New Jersey caused one death, hospitalized 13, and led to a mass immunization program. After the program began, the vaccine was associated with an increase in reports of Guillain-Barré Syndrome, which can cause paralysis, respiratory arrest, and death. The immunization program was ended after approximately 25% of the population of the United States had been administered the vaccine.

In 1976, an outbreak of the swine flu, influenza A virus subtype H1N1 at Fort Dix, New Jersey caused one death, hospitalized 13, and led to a mass immunization program. After the program began, the vaccine was associated with an increase in reports of Guillain-Barré Syndrome, which can cause paralysis, respiratory arrest, and death. The immunization program was ended after approximately 25% of the population of the United States had been administered the vaccine. Richard Krause, director of the ...

That week, the papers had begun reporting troubling news from vaccine clinics in Pittsburgh: three apparently unexplained deaths due to heart attacks.

The headlines would get worse. Two days later, the New York Post tabloid wrote of “The Scene at the Pennsylvania Death Clinic”, featuring emotional but almost certainly embellished tales: “One of the old people, 75-year old Julia Bucci, had winced at the hypodermic needle in her arm, had taken a few feeble steps, then dropped dead on the floor of the health station. Right in front of their eyes.”

The stories, it would turn out, were false and misleading. But it was just one of many problems that plagued the “swine flu affair of 1976”, when a US president decided to rush a vaccine to the entire American population based on ill-founded science and political imprudence. Lawsuits, side-effects and negative media coverage followed, and the events dented confidence in public health for years to come.

It began at a US Army training base in New Jersey. In February 1976, several soldiers at Fort Dix fell ill with a previously unrecognised swine flu.

In March, President Ford announced a $137m (£67.5m in 1976) effort to produce a vaccine by the autumn. “Its goal was to immunise every man, woman and child in the US, and thus was the largest and most ambitious immunisation program ever undertaken in the United States,” wrote Imperato in a 2015 paper reflecting on the events.

With hindsight, it’s easy to see that the fears of the time were unfounded. The swine flu strain spotted at Fort Dix was not dangerous, and there would be no pandemic.

As the US summer arrived, no outbreak had emerged nationally or internationally, but efforts continued nonetheless. Four pharmaceutical companies had begun production, and testing was underway in clinical trials. But in June, there was a problem that would have far-reaching effects for years afterwards.

It began when the industry manufacturers announced that they had been refused liability insurance, effectively downing tools. They asked Congress to indemnify them, but were turned down.

For weeks, this hampered the plans of local public health officials like Imperato, but crucially, also dented public confidence. “While the manufacturers’ ultimatum reflected the trend of increased litigiousness in American society, its unintended, unmistakable subliminal message blared ‘There’s something wrong with this vaccine,’” writes Sencer. “This public misperception, warranted or not, ensured that every coincidental health event that occurred in the wake of the swine flu shot would be scrutinised and attributed to the vaccine.”

In July, the Ford administration agreed to bear the cost of defending lawsuits and asked Congress to pass legislation. The programme was back on track, but it was too late to reverse the damage to public perception.

By mid-October, as Imperato was queuing with the photographers for his shot in New York City, the whole enterprise was already well on the way to another crisis, even if leaders did not acknowledge it.

“The president himself was vaccinated on television on 14 October, further heightening perceptions that this was a politicised event,” writes Sencer.

The deaths in Pittsburgh would be the start. While there was no causal evidence linking these deaths to the vaccine, they triggered many people to come forward claiming evidence of ill health, falsely blaming the inoculation. Nine states shut down their programmes.

With such a high-profile roll-out, closely attached to the White House, many journalists unused to covering science reported only what they saw and heard from the public, without interrogating whether it was linked. Tabloid journalists gave few column inches to epidemiological nuance. What they should have looked for was “excess mortality” – deaths that would not have happened otherwise – but the daily emerging tales of unexplained heart attacks, distraught nurses, and political failure won more attention.

The events became known in Imperato’s team as “the October crisis”. Take-up of the vaccine in the following days plummeted as public confidence waned. “Some of those headlines were really terrible. I remember, one of them was ‘death toll mounting’,” he recalls. “What they were really doing was monitoring the normal pattern of deaths in a population of older people that would have occurred anyway.” Blaming the vaccine, he says, was akin to concluding that a man killed by a falling tree limb died because of his red socks.

A problem of nerves

As the months continued – still with no outbreak – new problems arose. And this time, they were real side-effects. Millions of vaccinations meant dozens of cases of Guillain-Barre syndrome, a rare problem where the body’s immune system attacks the nerves. It leads to weakness and tingling in the extremities, and in some cases can be severe, leading to other complications and paralysis.

After months of negative media coverage, the Guillain-Barre reports brought an overdue end to the swine flu affair. Ford’s programme was suspended in December 1976 with only some 20% of the US population vaccinated. And since the US government had offered liability coverage to the pharmaceutical manufacturers that summer, hundreds of compensation claims from Guillain-Barre claimants followed for years afterward. 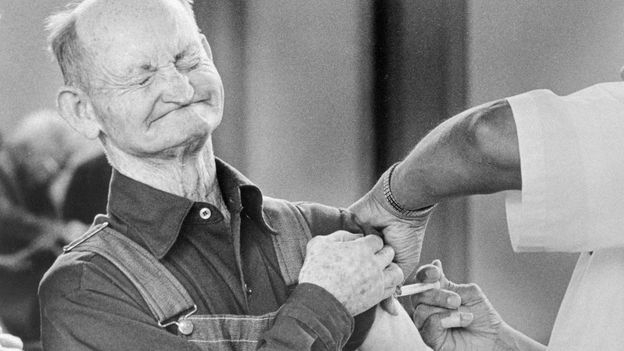 With a pandemic looming, the US president announced a warp-speed effort to vaccinate every man, woman and child in the country. The mistakes that followed hold lessons for today. 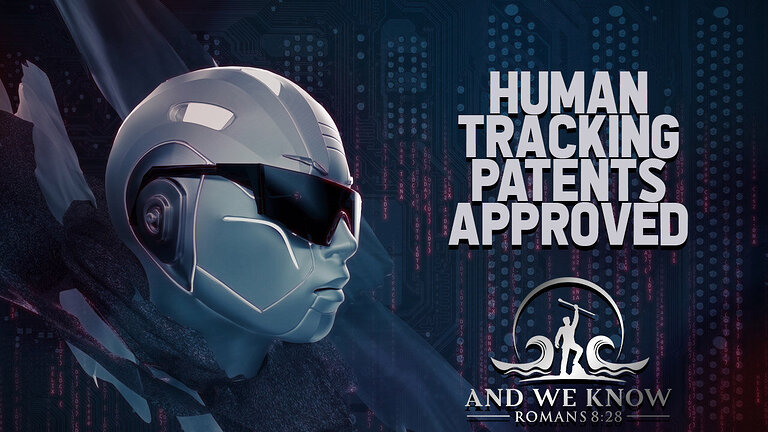