The season of crisis

Side issue: Where is the government of the USA post jan7 this year? It seems that on jan6 what was happening OUTSIDE the capitol building scared them white and some observers say the government has gone underground. If any of you hear any information on that, I’d like to know. )

Anyway, there are two major issues that and a tentacle monster to cover.

The information I’m getting about the “Vaccine” is painting the picture that it’s Worse Than Bad. This view is shared by Alex Jones and Clif High.

The story goes back about 80 million years, or round about. All animals on Earth laid eggs. Then, one day, one of those crittres caught a cold and some of the viral DNA got mixed in with the critter’s DNA and, in a few generations the binding protein in that virus became the key that allowed an embryo to implant in a uterus instead of having to be laid as an egg. When you compare what an egg has to do and what a foetus can do, its clear that you can do a great deal more developing as a foetus.

Fast forward to about 2007 or so, and the gubbernment was looking to cure the common cold because huzah! Well, if you fuck with that protine, you do kill the virus but you also fuck with the reproductive system and several other major organs in the body. Bad Idea. The project was scrapped but someone whom everyone will be wishing had been shot, just as many wish Hitler had been shot had the dim idea of weaponizing this. If the body could be turned against itself this brutally, then you really could cull out the useless eaters! So the project to develop the Coof and it’s … Vaccine, was started.

It looks like the “vaccine” is a major bioweapon. It has already killed over 30,000 on the books, probably over 200k off the books and those are just people who died of the immedate effects. There are also reports of fast growing cancers. It also appears that the vaccine will, for ~2 weeks shed a form of the spike protein causing misscarrages in the unvaccinated too. In the July - August timeframe the effect of the vaccine on fertility will start to come into focus. The infertility rate among the vaccinated could be around 90-95%. Hopefully this will be enough to stop the campeign to force it on everyone. But that’s just the beginning. In the period between 1-2 years out, (I have no idea what the rate is, could even be 100%) the vaccinated will start showing signs of dimentia, some element in at least one variant of the vaccine has prion molecules that are self-replicating proteins that will form crystals in the brain and other tissues resulting in alzheimers like symptoms in people who should be in the prime of life and early death. Consider that the doctors and medical workers have the highest rates of vaccination, consider what happens if the western world if a large portion of the professional class is unable to function and must be cared for and replaced by people such as myself. People such as myself who were smart enough to resist taking the vaccine but have not had the chance to build any career and now, suddenly be in the position of having to pick up the work on the fly instead of building up competency the way it should have happened.

This is a depopulation weapon. They were planning this for a long time but they could not forgive America for electing Trump twice. =\

The only other thing I can say is thank god I decided to put “The vaccine is a Lie” in my e-mail signature file more than a year ago.

The enemy wants to make sure everyone is hit by their weapon and they will try to force the vaccine, if there is any way they can. I agree with Clif’s assessment that they will be stopped this summer, or at least I hope Clif is right in that regard. But then we are still dealing with a biblical scale holocaust and a dire crisis for the survival of the human race.

The government is building up to put on a show / “project Blue Beam” stunt. June regarding aliens. Alex Jones says that the aliens are fals and any presented alien will just be a genetically altered human flying a craft made of home-grown but suppressed technology. Clif High does not address the truth of the aliens themselves but says that the things the aliens say will be false. My position is that this is far too convenient timing for the establishment so therefore 98% probability of absolute falsity regardless of how convincing the offered evidence is. If you get on board one of their craft, and decide to peek inside their equipment, you’ll find the screwdriver tool on your pocket knife fits perfectly, and a bunch of aging but very human circuit boards inside…

Think in terms of the end of the extended cut of the Abyss. Instead of giant waves threatening to wipe out civilization, replace those with bullshit. That is the scale and magnitude of bullshit we are living thru rn. Wall to wall, floor to ceiling, BULLSHIT.

The second and last thing I need to talk about tonite is a story that began in 1971. This year was pointed out to me by Eric Weinstein, one of the most fascinating thinkers of our time. Weinstein asks WTF happened in 1971. He points to the year as the beginning of the decline of our civilaziton. If my history is correct, Nixon did two things that year, he went to China (and started the chain of events that would raise China from third world status to drinking our milkshake…) and taking the US dollar off the gold standard, which started the predictable and inevitable process culminating in war and hyperinflation and great reset which we are now in the midst of. According to people who actually knew Nixon, he was fairly average in all regards and thought he was doing the right things for the right reasons. But, there were people on his cabinet who were as much above average in intelligence as they were below average in morality. Anyway, they’re dead or terminally old at this point so no point in naming names.

So today we have this uneleted clown show of an administration, cough, I meant to say “regime” they emphatically do not deserve to be called an administration, that is spending money like they know a large portion of the population will be dead or incapacitated within a year or two. Meanwhile the federal reserve notes are “going Zimbabwe” as all fiat currencies do in the end.

I tihnk Trump intended to step in and manage the return to a gold standard. Unless there is some antidote or plecebo version of the vaccine out there, Trump has been utterly blindsided by the unmitigated evil of what is about to happen on that front.

It looks like we will be facing major food shortages in the 2024 timeframe. The big question is whether we will still be on course for a technological singularity or whether we’ve been fucked over enough to set it back decades or centuries. =\

I’m getting information these days from a number of sources, interesting among these is Clif High who had/has a site called “half past human” who used data mining tools to detect “echos of the future” in the internet trafic. He now has a bitchute page: https://www.bitchute.com/channel/clif_high/

There is the great philosopher Turd Flinging Monkey, he is right about a great many things but he looks for ‘rational’ answers regarding the above issues where the truth seems to be quite a bit darker, please overlook his paid content. https://www.bitchute.com/channel/turdflingingmonkey/ 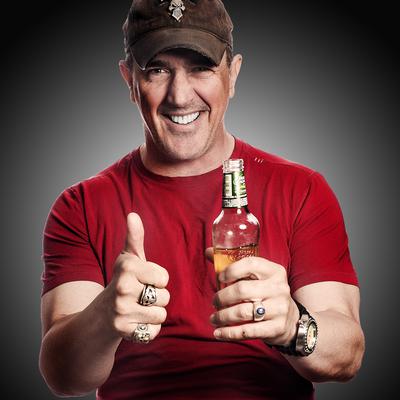 At Redonkulas.com, we don't do butt-hurt. We don't do Wet Wipes. We really don't care if it makes you cry. Man up. Or woman up. Whatever. Put some damn pants on, quit your sniveling, stop looking for reasons to be offended (we'll offend you, we p…

So today we have this uneleted clown show of an administration, cough, I meant to say “regime” they emphatically do not deserve to be called an administration, that is spending money like they know a large portion of the population will be dead or incapacitated within a year or two. Meanwhile the federal reserve notes are “going Zimbabwe” as all fiat currencies do in the end.

I tihnk Trump intended to step in and manage the return to a gold standard. Unless there is some antidote or plecebo version of the vaccine out there, Trump has been utterly blindsided by the unmitigated evil of what is about to happen on that front.

It looks like the “vaccine” is a major bioweapon.

It looks like! Maybe it should. You didn´t trust the Covid-panic because of the fake news media? Why trust the vaccine-panic? The plan of the deep state is shown to us.
Before the “clown show of an administration” how high do you rate your chance of convincing sheeple that Trump would be the better choice? And now after more than 100 days how many people regret they voted for Biden?
It is more efficient to show the people than to tell them. (Yes, you did not need this show, you already knew. And for awakened people it is unbearable.)
How believable is it for sheeple that the deep state used big pharma to cull people since…a long time?
How difficult is it to convince them to give up their trust in the medical system and become sceptical?
With words only they probably never give up their trust. Did you watch this video with the KGB defector : Red Pills ?
It is possible that Covid is nothing more but the flu supplemented by fraudulent statistics and media hype. It is possible that the vaccines are nothing more but flu vaccines or placebos also hyped from both sides. So they create much confusion and force people to research information on vaccines.
Maybe everything is a show to wake people up. 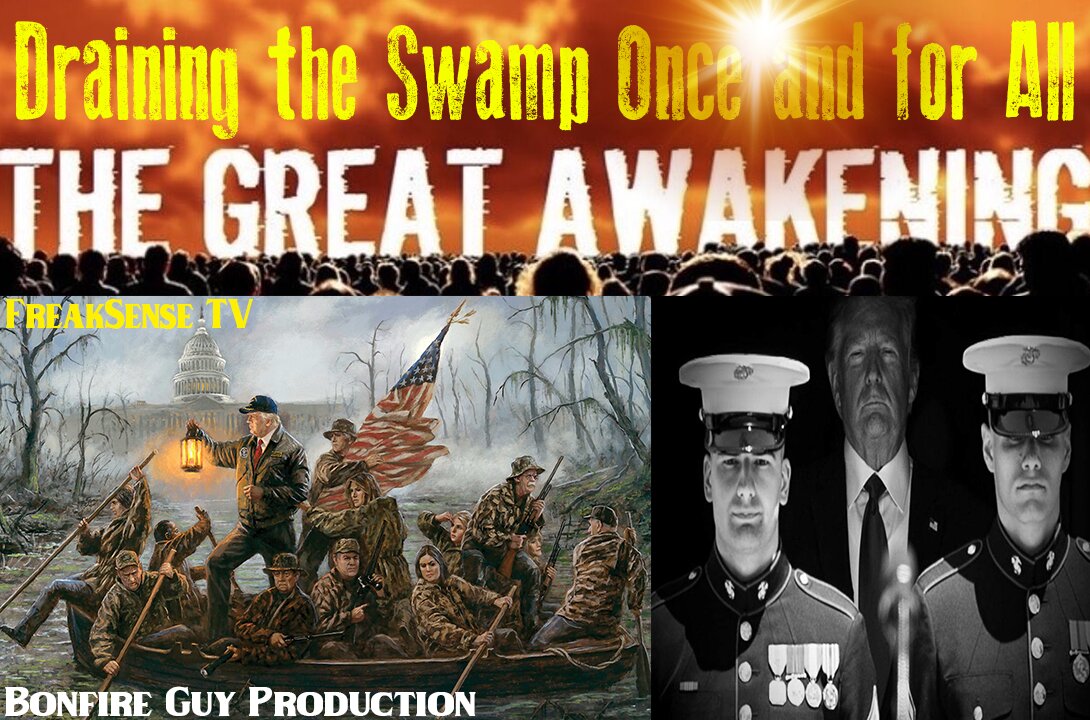 Draining the Swamp Once and For All~The Great Awakening

This is one of our Best, Most Popular Videos that was put together by the Bonfire Guy, as it speaks to the Takedown of the Cabal from A to Z, as well as featuring the Election Fraud and the sickening