The Future of Capitalism

I’ve just watched a talk on the Future of Capitalism by Paul Mason. He seems to be onto some things. Especially the role of zero marginal costs through information technology, and the replacement of hierarchies with networks.

He sees a big role for the state in the transformation towards a new economic system. Sure, the state could accelerate the development, if it wanted to. But I’m neither convinced that the government is willing, nor that it is able to help us to move towards a new system. My bet lies on decentralized networks quickly becoming stronger and more influential. This is of course the premise in my Netec science fiction world, but it’s a reasonable representation of what I think would actually work best.

How do you see the future of capitalism? What will come next? And when? And how? 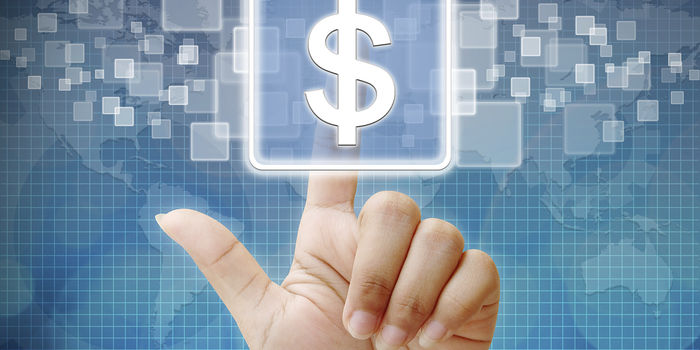 The Uberization of Money

The familiar middlemen of 20th-century banking and investing are giving way to something very different. Are we ready for the opportunities—and the risks?

wsj talks about the (hopefully) soon changes in the way we do finance, starting with the Uberization and continuing to talk about networks, be it shareholder networks, consumer networks, etc. all coming into play with the latest of technology, but I would also add, with technological adoption.

That being all great and said, I would like to bring to attention one of Karl Marx’s first argument against capitalism. He argued that the main fault of capitalism was alienation of people. It took a number of years for me to even start to grasp what he was trying to point at, but it goes something the lines of this:
-in an economy, the combined pool of all goods and services being produced, becomes, via some psychological forces, the only possible reality of a purchasable or consumable good for a person planning to consume those goods.
-meaning: people become alienated from the world by saving money to buy things they now exist in a market, even though that good or product should not have existed in the first place because there was no demand for it before it existed.

Hi vukovinski, and welcome to the Fractal Future Forum!

wsj talks about the (hopefully) soon changes in the way we do finance, starting with the Uberization and continuing to talk about networks, be it shareholder networks, consumer networks, etc. all coming into play with the latest of technology, but I would also add, with technological adoption.

That’s a very interesting article. What astonishes me is that there seems to be so much innovation that doesn’t even connect to the Bitcoin revolution (directly). Surely, it looks like we will be able to create a bottom-up economy that might even cut our current financial institutions out of the loop. Of course, they will try to prevent that at all cost, but they can neither stop progress, nor the market forces that drive some parts of that progress, forever.

As to the alienation argument: I think it’s based on how markets are organized in a modern economy optimized for mass-production. Crowdfunding, and 3d-printing are methods to overcome this kind of alienation. If consumers can support the creation of the products they want to see created directly, alienation is greatly reduced. And when people can produce their own goods by 3d.printing them, if ceases altogether.

A term I have come up a few years ago is that of “interactive markets”, as opposed to the “reactive markets” we see today. In interactive markets, consumers initiate the production cycle by actually demanding a certain good with more or less clear specifications. Companies would then communicate with the consumers in an open co-creation progress to design and produce the desired goods. Of course, this would require consumers to become more proactive about involving themselves into the production process. That may be a big hurdle to adoption, but on the other hand it’s easy to underestimate the Millennials, especially when there’s actually a cool company offering interactive co-creation.

I want to add an interesting article to this thread, because it fits very nicely into the general theme:
The End Of The Capitalist Era, & What Comes Next. The article identifies “what comes next” with the Collaborative Commons. And in general it is pretty much in line with that the book The Zero Marginal Cost Society by futurist Jeremy Rifkin claims: Marginal costs are moving towards zero and people find more creative ways of collaborating and creating value. It’s definitely one of the best books about the economy of the future. The linked article could very well be an executive summary of the book.

There’s a very interesting new economics blog called evonomics. Here are some of the most interesting and insightful recent posts:

It’s really worth subscribing to the newsletter of that blog!