Programming Visions of Future Past

Programming revolutions that were not adopted:

One could also add programming via executable UML to the list, but that actually came decades later.

we already have more solutions than problems concerning so many things, but they were not put into practice…it is a real horror. we don´t have a lack of good ideas. the UBI is hundreds of years old, a better schoolsystem ancient and so much more ideas for technology, health and a real futurist, paradisical life. humans are inventive.

this might be the most important question to change the world. i asked myself that question for decades…

Um, statistically speaking, what is wrong with us ?

Most of the world seems unable to take any action, and most action we see these days (not only these days, it seems… always) is directed against people of different race, nation or tribe. Or whatever. So, statistically speaking, us who think how the world can be improved, we are minority. Still, we dream

After all, someone has to, and change for the better needs to start somewhere.

this might be the most important question to change the world. i asked myself that question for decades…

I think a part of the answer is that humans are social animals. Great solutions may exist, but if nobody adopts them, then they don’t gain social validation. Then people think that the solutions aren’t adopted, because they are bad, because otherwise more people would use them.

On the other hand, even the crazies idea might spread like wildfire, simply because it managed to become popular for any kind of accidental reason.

Let’s call this social heuristics: People judge ideas according to how many other people follow them – especially close friends and relatives. I don’t claim that social heuristics are terribly bad, but they certainly don’t lead humans to the best solutions reliably all the time.

I’m sure there are other reasons for the apparent lack of adoption of innovative technologies, but social heuristics are part of that. Social heuristics also act in the other direction, if large groups of people, and especially authorities condemn certain things, or people.

We certainly need to acknowledge that we are social animals, so that we can at least be aware about what is happening as result of such group dynamics. This is probably a tough challenge for individual thinkers who value their rationality and integrity, but not dealing with the social reality of mankind is actually irrational. 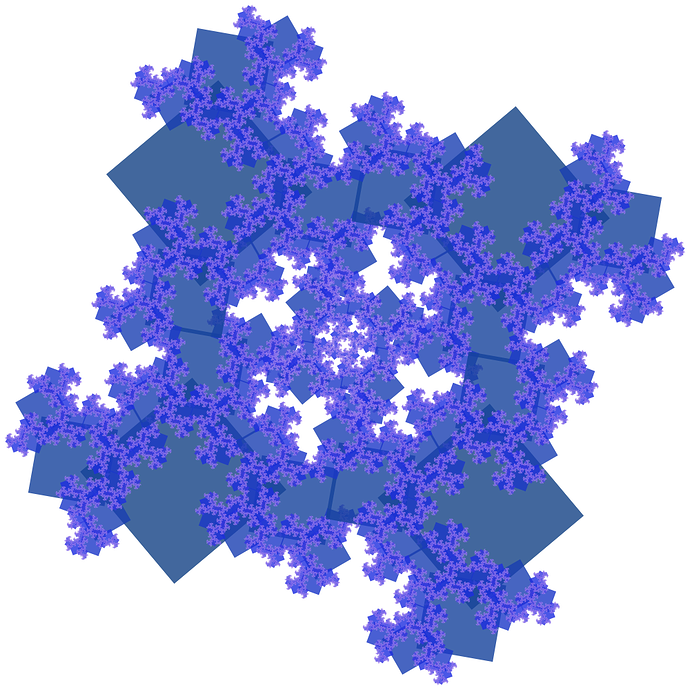 I think it would be cool, if we reached a point at which programming becomes the manipulation of infinitely zoomable holographic (hyper)networks with your hands or with your mind directly. Nodes and links could be grouped into “objects”, which could be grouped into meta-objects, and so on. So, you have a graduated granularity structure on the basic (hyper)network. To analyse the program you would visualize how data flows through the network. Of course, the network would usually contain loops and conditional branching.

Um, statistically speaking, what is wrong with us?

Yes, that’s another important question, too. My suspicion is that we are the ones who resist accepting that the would should remain as it is. We see the problems of the world too clearly to be able to sweep them under a carpet.

After all, someone has to, and change for the better needs to start somewhere.

Yeah, we still dream. Even if it’s not much, and not very clear. And yes, change starts with dreams. Or visions. Or actually rather with the problems that the dreams/visions try to overcome?

You know, I think there’s a really simple explanation to all this. It’s a failure of communication. Visionaries in different subjects are separated from the others by dozens of conceptual levels of thought. They’re even separated from each other by that much. Effective communication is only possible when the difference in levels is small. One or two levels at a time works. A visionary is likely completely unable to comprehend the thinking of a non-visionary anymore. It takes an enormous amount of work from both the visionary and someone many levels separated to manage to communicate effectively.

So, the result is that there’s great work done, but very few learn it because it’s an enormous amount of work and there’s very little to prove it worthwhile before you understand it. There’s also a bit of psychology that makes it rather difficult. When someone is several levels separated from your own level, there’s a natural inclination to just dismiss the other person as crazy.

You absolutely nailed it there, @Eleriel!

I agree with you completely. So, the challenge seems to lie in creating bridges for the separation in understanding. Chains need to be established between visionaries and “average people”. If a visionary can convince an expert of an idea, and the expert can convince a competent person of an idea, and the competent person can convince the average Joe, then things can work out well. In many cases, more links may be required, but that doesn’t change the general principle.

My hope is that the Fractal Future Forum can become a place that enables people to create the first links in this process. Visionaries could use this place to communicate their ideas to a pretty open and intelligent audience, which in turn propagates those ideas to the rest of the world in various different ways. Or this place is used to find supporters who help turning some ideas into reality.

Yes, that’s basically it. When a great idea doesn’t spread out to the world fast and furious, it’s because not enough work is being done to build these bridges. This is actually where people generally called “jack of all trades” shine. They’re quite likely to know enough about things to be able to communicate without too much difficulty with both normal people and visionaries.

I think this topic should be of especially great interest for @losthobbit, @Ken_Carroll, @notatroll, @AlonzoTG, and @Darklight since their visionary ideas seem to require a lot of “bridging” to be done.