Let's talk about coding and hacking?

It should be more or less apparent that many of the futuristic ideas we are discussion here in this forum involve coding / hacking / programming in order to be turned into reality. Whether it’s platforms for better collaboration, for example

, they all require some kind of software that has to be used, or made in the first place. So, it’s a natural requirement for proactive futurists to collaborate effectively with the IT community. Sure, there is already a natural large overlap between the futurist community, which consists of political activists, philosophers, and scientists and the IT community. I think the reason for that is that people who deal with computers a lot grasp exponential dynamics more easily and therefore have an exponential awareness, which is a requirement for serious futurism nowadays! This is not to say that programmers were unique in having exponential awareness. In biology, exponential dynamics are very present, too.

Anyway, there seems to be a large overlap between the futurist and IT communities, but they don’t seem to collaborate deeply and effectively enough. Ideally, futurists should encourage and recruit programmers to implement revolutionary futuristic ideas, and programmers should have a place to look for fascinating coding projects that also improve the world as a side-effect. However, this ideal dynamic rarely seems to play out in reality, and so people with great ideas often need to become coders on their own, in order to turn their ideas into reality. This is certainly fitting my own situation right now. A part of me resents this necessity, but on the other hand it’s a great learning experience, which broadens my personal skill-set.

So, for futurist with “codeable” ideas, there are basically two options:

My hope is that the Fractal Future Network will be helpful for both options. In reality, option 2 actually seems to be easier and more realistic. Now, how can this forum be useful for becoming better coders? Wouldn’t it be more natural to look for support within the programming community? For technical problems most likely yes. When I have a technical problem and google for it, the Q&A platforms StackOverflow and Quora typically have really good answers. They are specialized on giving the best answers, actually! Classical forums have become marginalized in this area – and for good reason. Nevertheless, I have still found a few interesting and active programming forums:

It might be interesting to examine what factors still enable such forums to flourish, even though the competition from StackOverflow and Quora its strong.

Anyway, what the Fractal Future Forum might provide is a focus on programming requirements that are rather specific to futurist projects as those mentioned in the beginning. To me it looks like those projects

It’s not clear what the implications of these factors are. Perhaps they translate into restrictions on the tools and principles that should be used to make such software. 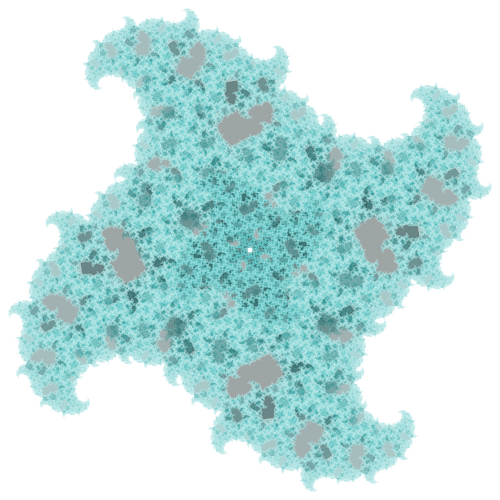 Anyway, my main question is whether you think it would be a good idea to dedicate an own category for talking about coding and hacking. At the very least, that could be used to write about our personal learning experiences with coding in context with futuristic projects, or in general.

We can get one or more threads at any of the sites listed. We do need a way to organize and execute projects.

We do need a way to organize and execute projects.

Good point! There are a few options that I see immediately:

Those options are of course not mutually exclusive, and could be used in parallel. Anyway, I’m not sure how open source projects usually organize themselves. Does anyone know about that?

Is there a better way of doing that?

GitHub has groups. We need a presence there. We can fork projects and find tools to begin with. Many of the things we need have already been made. This can provide some structure for the programmers to gather around.
https://www.google.com/search?q=how+to+make+github+group
It looks simple and free for an Open Source repository.
https://help.github.com/articles/creating-a-new-organization-from-scratch/

So, what to call it and who wants to answer emails and be the contact?

Linux is probably the biggest open source project. I will look into their management style.
https://www.google.com/search?q=how+is+linux+development+organized

This search gives the results of project management tools for Linux.
https://www.google.com/search?q=linux+project+management

At this point we need goals. There is an IRC called H+ Roadmap. I do not know that any time-line was ever established. We are reacting and not initiating change. The members of the group feel small and do not realize how profoundly we can change the course of events.

I have ‘starred’ some projects that could be useful for this group.

GitHub has groups. We need a presence there.

Nice. I’m all for doing that. But perhaps not right now. I want to switch to HTTPS/SSL to increase the attractiveness and seriousness of this platform first. Then I want to add more ways to easily register on the forum, for example via Twitter or GitHub. After that is done, we will be in a better position to gain attention from GitHub users.

So, what to call it?

This community is formally called “Fractal Future Network”. I think there’s no need to choose a different name for GitHub.

who wants to answer emails and be the contact?

Always the guy who asks for volunteers, of course.

Unless there are any actual volunteers. Let’s wait a week or so. Perhaps someone wants that job.

This search gives the results of project management tools for Linux.https://www.google.com/search?q=linux+project+management

Looks good, but I’ve made bad experiences with throwing advanced software at teams with a low or intermediate level of engagement. To me it would seem more reasonable to start with the project management with the tools this forum can offer, and only make the switch to a more dedicated software once the development team deems it absolutely necessary.

At this point we need goals. There is an IRC called H+ Roadmap. I do not know that any time-line was ever established. We are reacting and not initiating change.

Good that you tell me about that. There are plans for the F3 to enter partnerships with other platforms. The H+ Roadmap IRC channel might be a good choice in that regard. What’s the connection data for the IRC channel?

H+ Roadmap has some people from the Open Manufacturing Group. DIY Bio may also have some people with similar interests. There are over a dozen Facebook pages about H+ or Transhumanism and the H+ website.

Some of the brightest minds on the planet favor H+. With some organization we should be able to achieve great things. What is your vision for using this forum to organize projects? I am pulling together the information I have for the #SelfSustaining3DPrintedBoat project and I will post it here.