Hypomania and the Hedonistic Imperative

New article over on IEET - Hypomania and the Hedonistic Imperative. Go check it out if you so wish: http://goo.gl/0Z5hVX 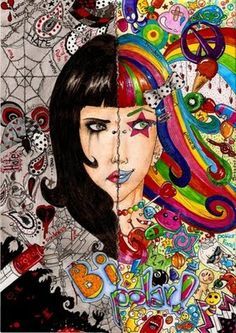 Thanks for pointing to your IEET article here. May I ask in what mood you were when you have written that article?

Brilliant questions. I’m out today, but will look to see if I can answer any of them when back tomorrow.

Thanks for the response :smile

I have been hyper for the past few weeks and that is one reason why I have been taking the opportunity to write articles and engage more with the transhumanist community. I think I feel myself slipping, but hopefully not, and was certainly ‘high’ when I write the piece. Now to your thoughts:

Hope these help, at least in part, in answering some of your queries. It appears that researching hypomania as an opportunity for raising one’s hedonistic set point still has a long way to go. Until then, control and management seem to be the order of the day. If only.

Wow, you really seem to like doing this kind of research!

This remind me of my own enthusiasm when I was trying to find out more about ME/CFS (which I still kinda suffer from, even though I have most symptoms under control) and related health issues. There’s so much information out there and most people aren’t aware of any of it.

Anyway, I have eventually come to the hypothesis that subjective well-being is strongly linked to the quality of the functioning of the immune system. There are many reasons for that assumption:

Anyway, let’s for a second assume that my hypothesis was correct. What consequences would that have?

Interesting. I’ve long made a connection between the immune system and mood as a result of having kidney disease as a child and almost constantly being fed antibiotics. Whether or not this has led to a deficit in my immune function as an adult, I don’t know for sure, but coupled with the inflammation (brought on in my early twenties) of the ankylosing spondylitis, including periodic uveitis - inflammation of the iris - it certainly gives food for thought.

That being said, I still lean towards bipolar as a purely neurological disorder. My reasoning is that there are plenty of fit, healthy people living healthy lifestyles that experience it at some point in their lives - in the UK around 1% of the general population, and that figure has been stable for many years and leads me to question ‘external’ factors such as inflammation or abnormal intestinal flora. Perhaps it is purely faulty wiring.

Lastly, of course, is the genetic component. Bipolar tests evaluating saliva samples for two mutations in a gene called GRK3,have suggested a link with the disorder. But it can’t tell users for sure. And, of course, it could well be that the 1% - even if they have these mutations - could still well be affected by your hypothesis.

I hope in 2016 to be more proactive with regard to ‘self-care’ and to utilise exercise/diet/sleep hygiene/socialising/productivity (hence the articles) along with my meds regime to se whether it can make a difference. Thanks for your input, it certainly highlights a different - and quite possibly more legitimate - viewpoint than my own. Perhaps 2016 will provide a little more direction. And there’s certainly no argument to be made that a super-immune system would be of benefit, whether or not it’s a direct cause!