As I’ve written in my thread “Communication channel overload”, I would prefer having to deal with less components and platforms in my interaction with the web than more. Each additional component and platform comes with an additional attention cost. So, in principle, I’m very much in favour of streamlining the components of the Fractal Future Network and integrating everything into this forum, because I really like its technology (even though there are things that could be better).

The idea is to turn the current WordPress blog into a simple forum category. Initially, the Fractal Future Blog was supposed to be a publishing platform for the most interesting ideas and projects on the Fractal Future Network – as well as a portal and news site, or even magazine, for people who want to become and stay informed about awesome future related projects. It can still fulfil this function if it is turned into a category of the forum. This year, the Discourse software which runs this forum has matured quite a bit, which actually makes it kinda usable as minimalist blogging platform. 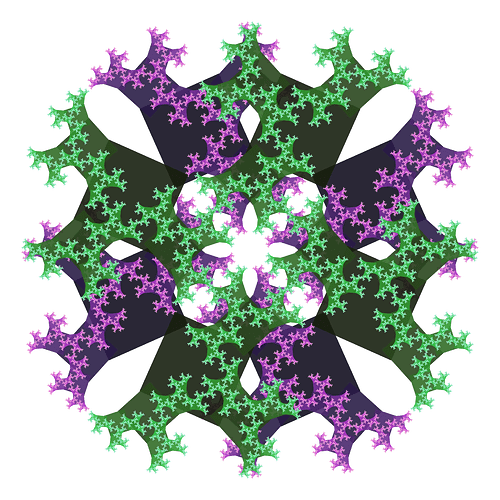 On the other hand, WordPress is a very mature and feature-rich blogging platform with lots of potential eye candy that can be integrated simply via using beautiful themes. You can easily get any feature you want for WordPress, because there are countless plug-ins which just do the job you want them to do, for example:

The question is whether those features are nice-to-haves, or whether a blog doesn’t really require them. Since Discourse already generates its own newsletters, and contact forms in a forum are very unnecessary, the main thing I kinda find lacking are good big social media sharing buttons. Also, the thread URLs aren’t 100% SEO friendly. Not sure about how far Discourse supports RSS / Atom feeds, and how much they are (still) actually used by people.

If we made the blog a category in this forum, this would make it more convenient to create blog posts. It would even be possible to control who is allowed to post in that category by creating a blog specific user group, and also by allowing members with user level 3 to post on the blog.

Finally, there’s might even be the possibility to synchronize a Discourse blog category with a WordPress blog, so that a post released on one platform will automatically be released on the other one. This might be technically challenging, or relatively easy to do. Not sure about that, right now.

What do you think about this issue?

What would make you want to use the Fractal Future Network as community / personal blogging platform?

I think @Darklight would have some valuable things to say about this issue as avid blogger.