Cory Doctorow: Wealth Inequality Is Even Worse in Reputation Economies

Cory Doctorow has written very critically about his reputation economy idea “Wuffie” from his own science fiction novel Down and Out in the Magic Kingdom: 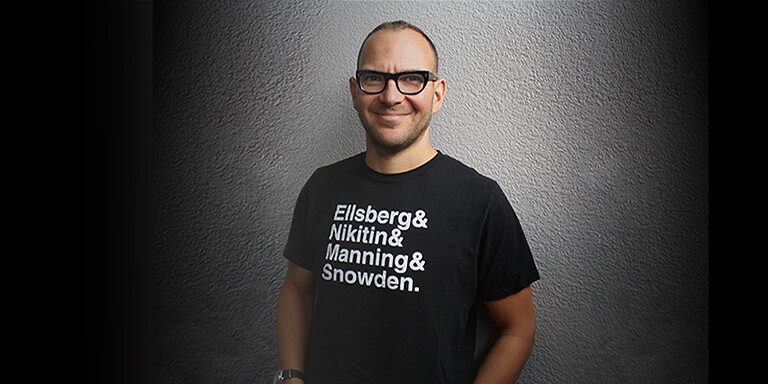 Cory Doctorow: Wealth Inequality Is Even Worse in Reputation Economies

I need to confess something: ‘‘Whuffie’’ would make a terrible cur­rency. In 2003, I published my first novel, Down and Out in the Magic Kingdom, in which all society’s scarcities, even death and e…

I wanted to write a comment on that blog post, but it seems that the commenting section has been closed now. So, I’m writing a reply here.

So, would a reputation economy be a good thing? I think it would be too premature to say that it would definitely be a bad or a good thing. In reality, most innovations are mixed blessings, but some innovations do have overwhelmingly positive effects, for example the internet.

Sure, we can anticipate the problems a reputation economy would produce, and that’s actually a very good idea. By doing that, we can consciously design the reputation economy, so that it’s harmful effects are minimized. Let’s look at the supposed problems and see how we could address them.

Meritocracy is a tautology, of course. There’s no objective measure of ‘‘merit’’ so there’s no way to know whether your society is meritocratic or not. Every famous, powerful, rich person owes their status to a com­bination of skill, luck, and persistence. The best luck of all is to be born to fortunate circumstances, well fed and well educated and well loved.

If you expect a reputation economy to be a meritocracy, then the factor of “luck” is certainly a problem. In a reputation economy people of high repute would also have a huge advantage at letting more reputation, because they are already quite famous through their high reputation alone. For a true meritocracy, these factors would need to be compensated for, somehow. That may certainly be quite a challenge, but with sufficiently advanced statistical algorithms, we might get close to an idea of “true merit”.

Another issue that is touched here is that of the existence of poverty. Sure, we can’t easily solve relative poverty, because some people will always have less than others (no matter what you want to measure). But we could solve absolute poverty with a universal basic income. A reputation economy should be complemented with a universal basic income, so that people do not have to depend on reputation or work to stay alive and productive.

reputation’s one percenters are even more toxic. They can go spectacularly bankrupt, financially ruining their investors, and promptly raise another fortune to gamble on.

I don’t see how that would be easier in a reputation economy than in our current one, when a reputation based society would quickly grant those who create financial ruin quickly get a negative public reputation for that.

Reputation is a terrible currency.

Reputation is not a currency at all! It’s wrong to confuse reputation with a currency. Reputation is no means of exchange. It doesn’t make sense for reputation to be transferable! That’s why reputation can’t actually replace money. Nor do I think it’s even a good idea to try getting rid of money. Though it may look as if money had terrible flaws, it’s human psychology that allows the problems associated with money to happen. Money acts as an amplified. It can amplify negative traits, but also positive traits. As an economic tool, money is very useful. If anything, reputation will complement money as another very useful economic tool.

But reputation is useless as a hedge against the real nightmare of a setup like Ebay: the long con. It doesn’t cost much, nor does it take much work, to build up sleeper identities on Ebay, fake storefronts that sell un­remarkable goods at reasonable prices, earning A+++ GREAT SELLER tickmarks, even for years, until one day, that account lists a bunch of high-value items on the service, pockets the buyers’ funds, and walks off.

If reputation is built through trust networks, in which reputation is almost definitely connected to distinct individuals, and if the identity of these individuals were public, a long con would still be possible, but the individual who pulled it off, would become very blacklisted for a long time. And it’s not like any kind of reasonable measure could prevent long cons from happening in advance.

One notorious example is Peeple, the vaporware app launched in Sep­tember 2015, which (it was announced) would let you rate other human beings on a scale of one to five.

Rating people on such a simplistic scale is simply a really bad idea. These one star to five star ratings are really popular, but they are pretty much useless for any kind of serious reputation economy.

Your citizen score is visible to everyone the government wants – buying socially approved items, undertaking approved leisure activities, adhering to rules and regulations, and socializing with other high-score individuals. Of course, not doing these things makes your score go down. Just being friends with low-scoring individuals drags your own score down, creating a powerful incentive to conform.

There problem here is that we are dealing with a top-down reputation system, one in which a central authority decides what people get reputation for, and what not. Citizen scores are to distributed reputation systems what a command economy is to a free market economy. A sensible reputation economy should be based on peer-to-peer reputation, rather than some algorithm telling you what to do.

A good reputation economy might be based on the reputation system Quantified Prestige, which I have devised after reading Down and Out in the Magic Kingdom:

How does QP enable a reputation economy? For one, the Prestige scores are a useful information for others. The Prestige score is the equivalent of the Whuffie from Down and Out in the Magic Kingdom. But I went further than this: I have come up with the idea of reputation incomes. Reputation incomes are incomes which depend on reputation. The income might be an income stream in a digital currency that’s proportional to reputation, or it might have diminishing returns (though I haven’t spend much thought on the latter idea, yet).

Instead of taking any currency, I found out that it would be much cooler to have a currency that is generated by reputation: The Fluido currency. The more Prestige you have, the more Fluido is created in your account. In order to avoid inflation, I’ve also come up with a reputation-dependent demurrage system that automatically takes Fluido out of the system, if you have more of them than your Prestige can protect. Also, Fluido is a continuous currency that can be generated and transferred continuously, instead of just at discrete times and in discrete amounts.

The power of the reputation economy

What’s the point of a reputation economy after all? I think the prime selling point is that a reputation economy could allow for digital abundance: A state in which nearly all digital goods are free! How could that work? It would require a cultural shift, in which we rewarded content creators after they created their goods and gave them away for free. How can we reward content creators that way? With donations, or with reputation. A reputation economy could enable a more efficient gift economy. It’s much easier for people to give points to others than actually to give them money – even if those points actually mean money in the end.

If the cultural shift towards a reputation-boosted gift economy is strong enough, this shift can enable content creators to give away all their digital products for free. Those who still tried to sell digital goods would be outcompeted, and disappear from the market. All digital goods being free would be a pretty great thing, because we wouldn’t need to deal with such annoying things as DRM, paywalls, or patents.

What will actually happen?

Are you with me?

With donations, or with reputation. A reputation economy could enable a more efficient gift economy. It’s much easier for people to give points to others than actually to give them money – even if those points actually mean money in the end.

I recently came across datt.co and “Yours”, a content distribution network built on top of Datt. Instead of giving content away, or voting on content without any incentive, they want to enable people to benefit by investing on the content that they vote, so that if it becomes viral, they can profit from it. This paragraph resonated with that idea. I find it quite interesting. Read more on their blog at http://blog.datt.co/

Thanks for mentioning that project. It seems to me that there is a lot going on in the areas of

and their intersections. Still, there could be more innovation in those areas. Or, perhaps simply more visibility of that innovation. Is there something like a portal for finding projects in that general area? I think that Fractal Future should also be something like that, though keeping that up-to-date would probably be too hard without really dedicated volunteers, or serious funding.

Is there something like a portal for finding projects in that general area?

I can’t think of a site that is exclusively focused on these projects. But it certainly sounds like a good idea. I would imagine something along the lines of ProductHunt, but for the categories that you highlight would be awesome. The plus side is that there are so many tutorials on “Building a ProductHunt copy cat”. At the moment, I can’t really devote my time to it, but I would love to collaborate and help if anyone actually wants to lead the initiative.