Against sockpuppetry and surveillance

Is alarming that many government programs exist to undermine our liberties and individual well being and we have no defense on that, is just equally alarming that during the net neutrality debate a case of sockpuppetry from a business corporation existed, and its completely horrifying that this is how terrorist groups recruit people. All this has to change.

I ask for an open discontent from this forum against these crimes and that this be stated on the rules of the forum itself, that we shall not tolerate these and we are going to actively pursuit to end this by our conscious objection and to appeal to law whereas possible, as to actively seek to make the world aware of these crimes.

One way to spread awareness is to include commentaries in every project declaring sockpuppetry and surveillance as acts of terrorism and demanding to the justice system to end these immediately, including the comments in blogs, wikis, or everywhere to serve as an active and pacific campaign.

This is not of little importance as you may already know because, with already many cases, we can still be horrified by understanding that probably there are more hidden.

If by any means you need more to decide, I here provide some initial links, and also encourage you to open a civilized debate.

New Snowden Doc Reveals How GCHQ/NSA Use The Internet To ‘Manipulate, Deceive And Destroy Reputations’

New Snowden Doc Reveals How GCHQ/NSA Use The Internet To 'Manipulate, Deceive...

A few weeks ago, Glenn Greenwald, while working with NBC News, revealed some details of a GCHQ presentation concerning how the surveillance organization had a "dirty tricks" group known as JTRIG -- the Joint Threat Research Intelligence... 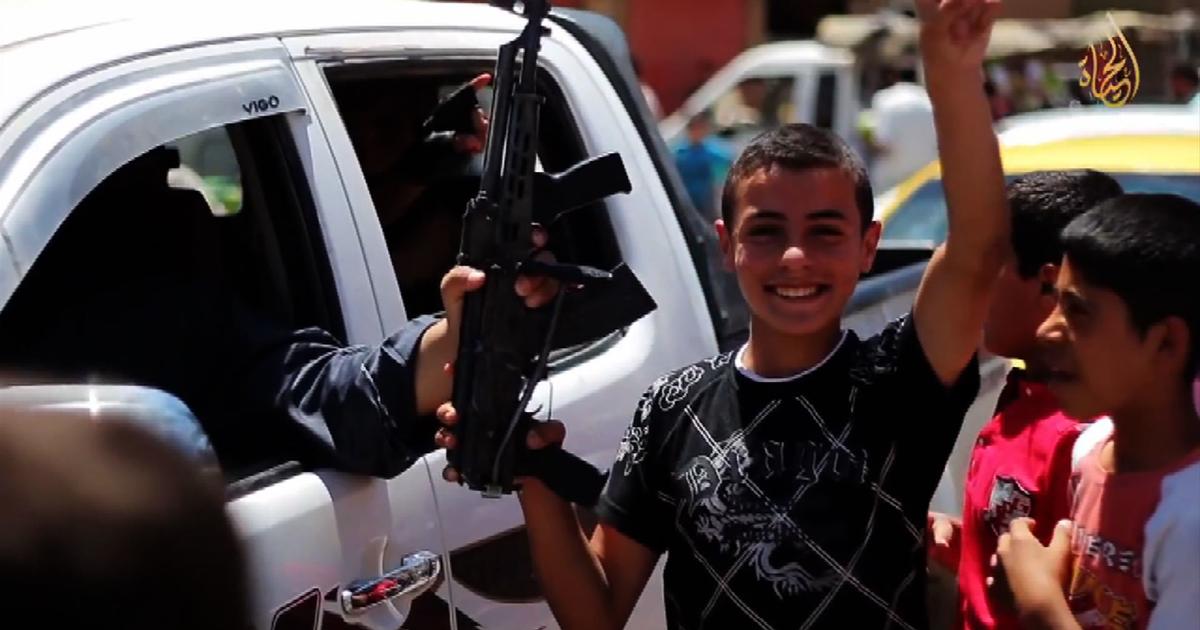 Short promotional videos show softer side of jihad, urging viewers to sign up for Islamist extremism

ISIS is Using Social Media to Reach YOU, Its New Audience - (more on the same topic to create awareness on the danger) 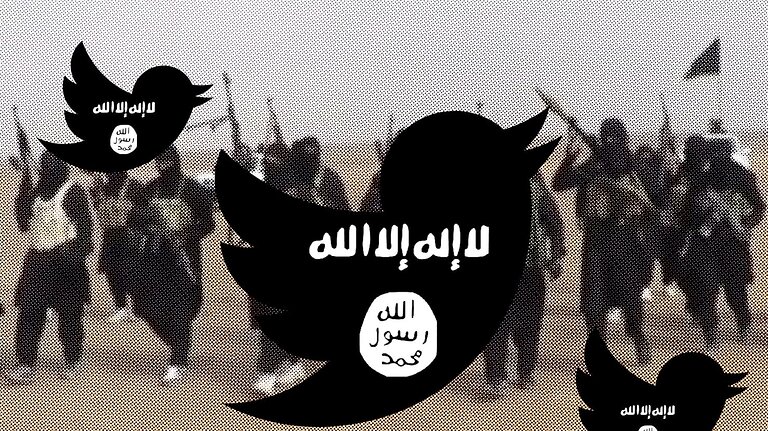 ISIS is Using Social Media to Reach YOU, Its New Audience

The most bloodthirsty terrorist group in memory is also a canny manipulator of social media. It seeks to frighten and inspire.

NSA Sent Undercover Agents to Spy on ‘World of Warcraft’

NSA Sent Undercover Agents to Spy on 'World of Warcraft'

The NSA and its sister British spy agency the GCHQ spied on popular online video games like World of Warcraft, Second Life and Xbox Live to track terrorists.

NSA May Have Undercover Operatives in Foreign Companies | WIRED 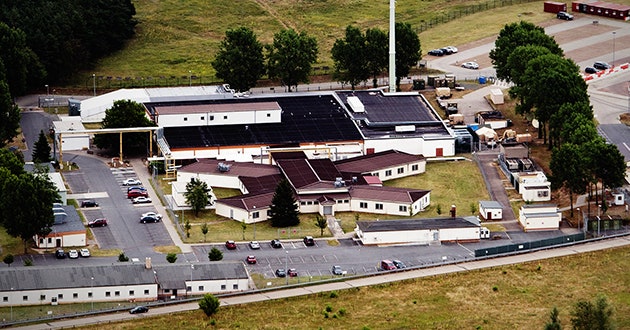 NSA May Have Undercover Operatives in Foreign Companies

As a much-anticipated documentary about NSA whistleblower Edward Snowden premiers in New York this evening, new revelations are being published simultaneously that expose more information about the NSA’s work to compromise computer networks and...

Mikko Hypponen: How the NSA betrayed the world’s trust – time to act

Welcome to the Age of Big Mother

State-sponsored Internet sockpuppetry, yet to be known how much damage this do.

Operation Earnest Voice is an astroturfing campaign by the Federal government of the United States. The aim of the initiative is to use sockpuppets to spread pro-American propaganda on social networking services based outside of the US. The campaign is operated by the United States Central Command (CENTCOM), thought to have been directed at jihadists across Pakistan, Afghanistan and other countries in the Middle East. According to CENTCOM, the US-based Facebook and Twitter networks are not targe...

Very interesting. You seem to want to start a broad campaign against subversion and surveillance. This is certainly an important issue, though it may be debated what priority it deserves for us as a group. It’s certainly an issue that big organisations who are not 100% in line with their sponsoring government need to worry about. Especially if that organisation is big, or does promote political views which are extreme in the eyes of the ruling parties. For organisations that are radical change supporters, I’d estimate that the number of subversive users from hostile organisations lies between 1% and 10%. By that estimate, we might already have a couple of such users – and Zero State certainly has many of them. In any case, if we grow any larger, we should work on the operating assumption that we are already infiltrated. We need to adjust our strategy to that assumption.

Unfortunately, speaking out against these subversion operations will attract more operations against your own group. So, it would be counter-productive to do so if your goal is to protect primarily your own group against them. This is the main reason why I’m weary about eagerly joining such a campaign, as honourable and just such a campaign might be. We can’t speak against every wrong in the world at the same time. We don’t have the resources to do that, so we need to be economic with the issues we engage in actively.

Now about how to protect ourselves against such subversion operations: I will most certainly ban any sock puppets I can identify on this forum. And I will insist on the forum rules, once we actually have a meaningful set of rules. Luckily, so far we didn’t need any rules, because the users here didn’t harbour bad intentions or deeply problematic views. My approach is to keep the rules at a minimum and only introduce them when we can identify an actual threat that we need to protect ourselves against. So far, there has been hardly any evidence for subversion of this forum, so I don’t see any immediate need to introduce strict rules.

Anyway, once we are target of subversion, we need to create a powerful strategy against that. The approach of Zero State to focus strictly on clear principles seems to have been rather effective at keeping disruption at bay. I’m not in perfect agreement with the methods user for that end, but the focus on principles in one of the pillars I would choose for an effective protection against subversion and disruption. What other defensive pillars do you suggest, @Maximo_Ramallo?

That is one thing to focus on. An active rule of “clear principles” is a compromise of each individual’s goodwill.
If you could add some kind of editable biography that focuses on describing personal principles and objectives, and stating this has to be clear and understandable, and open to be debated in the form of a separate topic per each principle stated, you not only are securing some level of clarity, but you will see on its execution how this can be a great experiment on reputation economy.
You can see this has to be a list that foresees experimentation, and so it can be made using wiki tools with specific permissions (one for the title/principle and other for the body/comments under the title/principle).

I find it very interesting what you describe here, though I’m not clear about what you mean exactly. So, here are two interpretations of what you’ve just written:

Not sure which one you mean exactly. Both would have their value in their own right. Which do you think is more important?

Not sure which one you mean exactly

That will be the first option, and its an important step. Background check by actively debating our principles is not only what that give us, but also a polite debate so we can exchange ideas.
But we can do the other part too.

Ok, these kinds of “background checks” will certainly be interesting, though it may be problematic to ask from all members to write down their personal principles and objectives. I think the best way to go is to suggest those who contribute to the forum regularly, or who raise controversial points to write such an introduction of themselves. Having a certain degree of “infiltrators” here won’t be too problematic as long as they are not really influential or disruptive. Once they become influential or disruptive, a discussion about their principles would be in order.

What do you think about that approach?

What do you think about that approach?

It is a starting point, but I will try to prove the requirement of further steps instead of pushing things.
Just don’t threat this subject lightly, beware the intrigue and the social engineering by pm or other.